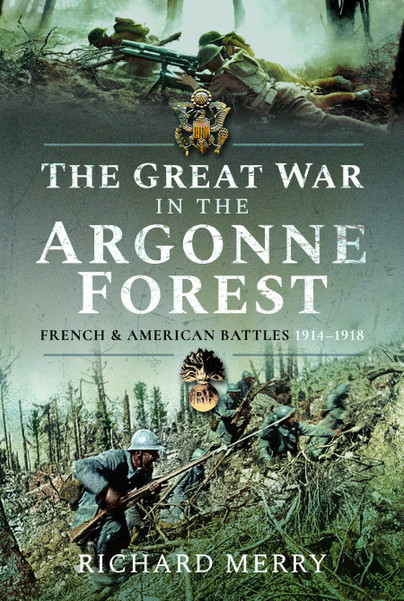 The Great War in the Argonne Forest (Paperback)

Add to Basket
Add to Wishlist
You'll be £11.99 closer to your next £10.00 credit when you purchase The Great War in the Argonne Forest. What's this?
+£4.50 UK Delivery or free UK delivery if order is over £35
(click here for international delivery rates)

Merry’s account of the Argonne is unusual for a military history narrative in that he focuses on a single region over the whole war and beyond. He makes this work by placing this local sector into the broader conflict and world events. For events in the forests, Merry uses local knowledge mixed with secondary source narratives and primary source quotes, including some from Uncle Bob, to illuminate the often confusing war in this region. A reasonable assortment of maps accompanies the text. The result is an engaging book that Great War enthusiasts will appreciate even if some of it treads familiar ground.