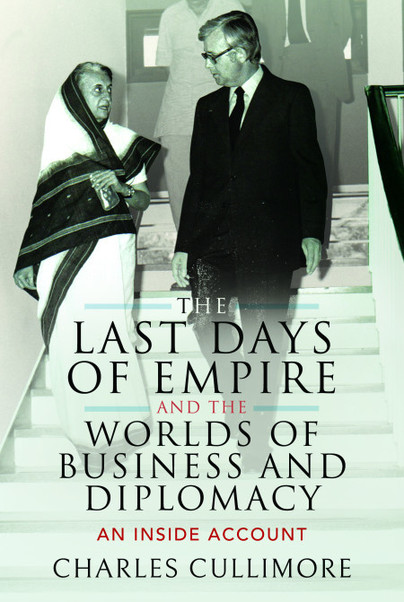 Click here for help on how to download our eBooks
Add to Basket
Add to Wishlist
You'll be £4.99 closer to your next £10.00 credit when you purchase The Last Days of Empire and the Worlds of Business and Diplomacy. What's this?
Need a currency converter? Check XE.com for live rates

This was a more interesting book than maybe it looks in that it was quite helpful and insightful looking into a world of diplomacy, especially between countries with different ways and habits. Life in the British Colonial Service and the British Commonwealth seems quite varied and different every day, and often it seems they could be walking a tightrope daily. This is all the more unique as it’s the run-up towards the end of British rule in some countries. I enjoyed this book more than I thought, and I actually enjoyed the more diplomatic side of events. While this book might not be for everyone, it’s actually a really good and informative read.

Charles Cullimore has written a memoir about a career that simply could not occur again in terms of its breadth, diversity and also very real difficulties and hardship. It is hard to imagine many aspiring civil servants being prepared to live and raise a family in basic mud-brick housing with no running water, no heating or AC and with scorpions scurrying around. And yet this is exactly the kind of house that greeted Charles and his young family in East Africa in the 1950s. Indeed, memoirs like this one are so important for reminding us of a world that has now passed firmly into the pages of the history books. Sadly, Charles died in February 2021 but we can at least be thankful that he committed some of his remarkable experiences and expertise to paper.