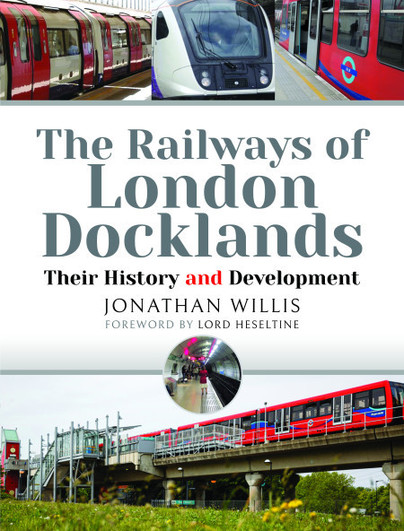 The Railways of London Docklands (Kindle)

Their History and Development

Click here for help on how to download our eBooks
Preorder
Add to Wishlist
You'll be £15.59 closer to your next £10.00 credit when you purchase The Railways of London Docklands. What's this?
Need a currency converter? Check XE.com for live rates

This book provides a comprehensive study of the planning and building of railways in London’s Docklands, reflecting on the past 180 years of railway development. It describes the creation of the enclosed working docks at the start of the 19th Century and the introduction of railways in the middle of the century. By the 1970’s the decline of the working docks led to a plethora of plans to regenerate the area, but with little agreement on what should be done. The setting up of the London Docklands Development Corporation by the former Secretary of State for the Environment Lord Heseltine was a significant landmark, expediting the Canary Wharf development. The book describes in detail the modern railway projects, created to support the subsequent growing employment and population of the area, including the Docklands Light Railway with its multiple extensions, the Jubilee Line extension and Crossrail/Elizabeth Line.

The book will appeal to a wide audience. To railway enthusiasts who wish to learn more about the why and the how such projects are approved and built and to transport and planning professionals who wish to understand more about the ups and downs of the relationship between transport and development and the decision making processes. within changing political, economic and employment scenarios. The end result has provided Docklands with a comprehensive hierarchy of quality transport services, to match anyway in the world.

Jonathan Willis commenced his career as an engineer with London Underground. After obtaining an MSc in transport planning he worked for the Greater London Council and on its demise for London Transport and its successor Transport for London. As Head of Strategy and Planning he was responsible for the planning and evaluation of Croydon Tramlink, four Docklands Light Railway projects, the Jubilee Line Extension and as Head of Planning, for the Crossrail/Elizabeth Line. He is now retired living in Berkshire.