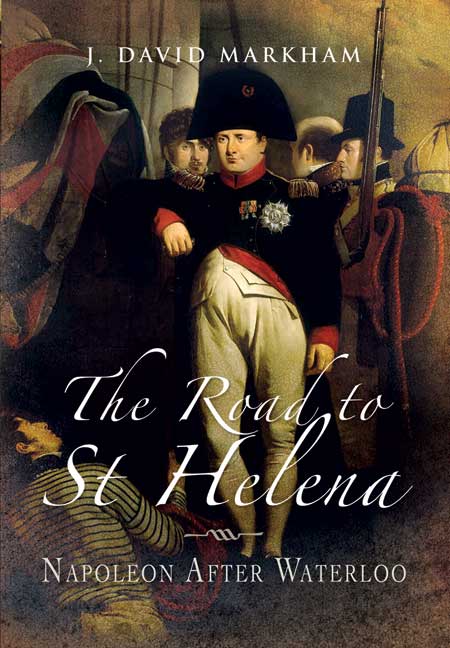 The Road to St Helena (Kindle)

Click here for help on how to download our eBooks
Add to Basket
Add to Wishlist
You'll be £1.99 closer to your next £10.00 credit when you purchase The Road to St Helena. What's this?
Need a currency converter? Check XE.com for live rates

Napoleon's incredible career went through a number of distinct periods. Much has been written about his rise to power, his time as leader of France, his ultimate defeat at Waterloo and his exile on St Helena. But the short critical period of his fall from power, the few months in 1815 between Waterloo and his arrival on St Helena, has received less attention. J. David Markham's gripping new study focuses on this, Napoleon's last journey, and the final dramatic episodes in his fateful life.

The Road to St. Helena: Napoleon After Waterloo, was chosen to receive the President's Choice Award by President Ben Weider.

...David Markham's book is an able study of the atfermath.

On 29 June the near approach of the Prussians, who had orders to seize him, dead or alive, caused him to retire westwards toward Rochefort, whence he hoped to reach the United States. The presence of blockading Royal Navy warships with orders to prevent his escape forestalled this plan. Finally, unable to remain in France or escape from it, he surrendered himself to Captain Maitland of HMS Bellerophon and was transported to England. The full restoration of Louis XVIII followed the emperor’s departure. Napoleon Bonaparte was exiled to the island of Saint Helena where he died in May 1821.