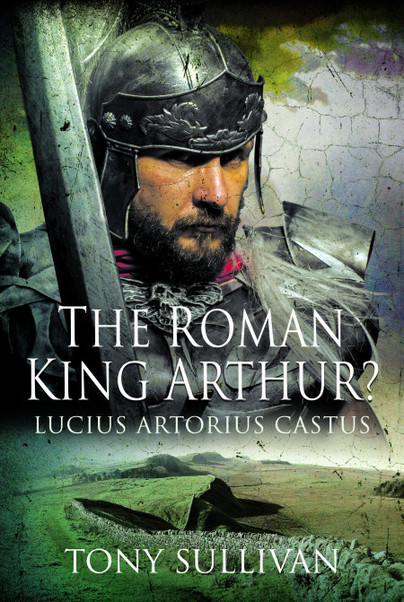 Add to Basket
Add to Wishlist
You'll be £20.00 closer to your next £10.00 credit when you purchase The Roman King Arthur?. What's this?
+£4.50 UK Delivery or free UK delivery if order is over £40
(click here for international delivery rates)

The entertaining 2004 film, King Arthur, introduced many to the relatively recent theory that the legend of King Arthur is linked to a Roman officer of the second century, Lucius Artorius Castus. It is claimed a group of Sarmatian ‘knights’ posted to Britain around the same time lent some of their traditions and myths to the later legend. To support this theory it has been suggested Artorius was a legionary commander, governor and fought battles in the north of Britain. Additionally the Sarmatian auxiliaries brought their families with them, numbering up to 20,000, and remained for several centuries.

This book demonstrates that Artorius Castus was not a legionary commander or governor and there is no evidence he fought battles in Britain. It also shows that the Romans did not allow the Sarmatians settlement rights. A comparison between alleged Sarmatian myths and Arthurian tales shows there is no link between the two. The conclusion is that this theory is a modern myth.

Instead it shows the career of Lucius Artorius Castus was fascinating enough without tenuous links to twelfth century legends. As a Roman officer he served from Judea, Syria, and the Danube to Britain, across a tumultuous period of Roman history. Evidence for each option for his timeframe is presented to the reader. A Severan date is offered to rival the previous Antonine suggestion. The book finishes with an investigation into the end of Roman Britain, the early Germanic settlement and a possible historical Arthur.

I'm always interesting in reading historical books about King Arthur and I appreciated this one as it's well written and well researched.
I think it's an interesting theory and this is an interesting read.
Recommended.

I don't want to give away the conclusions reached by Mr Sullivan. I do however think the amount of common sense evidence given for his beliefs merit more observation. The story of Arthur is so ingrained in the West that IMO it has to have some factual basis. That said this book will make you think again. Very well written with explanations and why the author expresses himself as he does. I read this book quickly as I have never seen the task of Arthur being given such a sequential and thorough going over. Excellent for historians or those interested in Arthur and the long ago past.