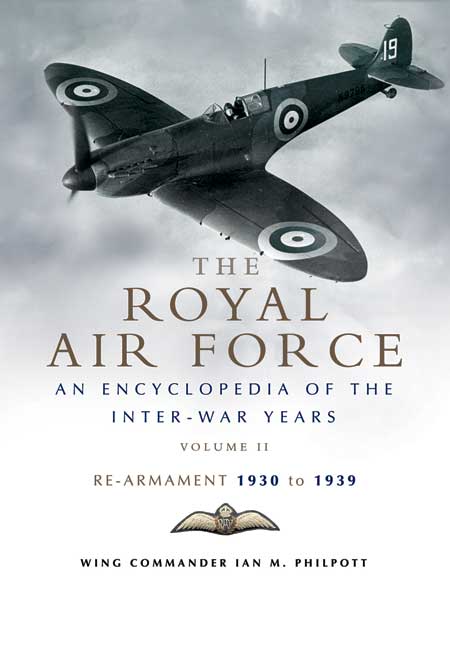 Click here for help on how to download our eBooks
Add to Basket
Add to Wishlist
You'll be £4.99 closer to your next £10.00 credit when you purchase The Royal Air Force – Volume II. What's this?
Need a currency converter? Check XE.com for live rates

Volume II of this mammoth reference work covers the years in which the League of Nations failed because of the emerging dictatorships in Germany and Italy and the expansionist policies adopted by Japan. Britain was still reeling from the consequences of World War I and the RAF was sadly far behind the other major world powers in aircraft design, still relying on bi-planes that were direct descendants of World War I thinking. It gradually became apparent that, despite UK government dithering, the RAF needed to develop new aircraft, engines and increase production to confront the bully-boy tactics of the Axis powers. As the turn of the decade approached extraordinary measures were taken to enable RAF to defend Britain's skies and this her freedom. As with Volume 1, this book covers every conceivable part of the RAF's history through these pre-War days. It looks at the development and invention of new equipment such as radar, monoplane fighters, metal construction and the heavy bomber. This was an era when science in aviation was rushing ahead and fortunately for Britain's freedom, it laid the foundations of victory in 1.945

The book is a joy to work with and if you are serious about this subject you'll spend much, much, time with it.