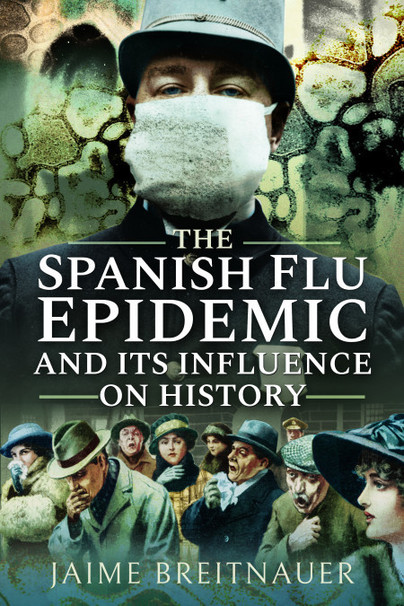 The Spanish Flu Epidemic and its Influence on History (Kindle)

Add to Basket
You'll be £1.99 closer to your next £10.00 credit when you purchase The Spanish Flu Epidemic and its Influence on History. What's this?
Need a currency converter? Check XE.com for live rates

On the second Monday of March 1918, the world changed forever. What seemed like a harmless cold morphed into a global pandemic that would wipe out as many as a hundred-million people – ten times as many as the Great War. German troops faltered lending the allies the winning advantage, India turned its sights to independence while South Africa turned to God. In Western Samoa a quarter of the population died; in some parts of Alaska, whole villages were wiped out. Civil unrest sparked by influenza shaped nations and heralded a new era of public health where people were no longer blamed for contracting disease. Using real case histories, we take a journey through the world in 1918, and look at the impact of Spanish flu on populations from America, to France, to the Arctic, and the scientific legacy this deadly virus has left behind.