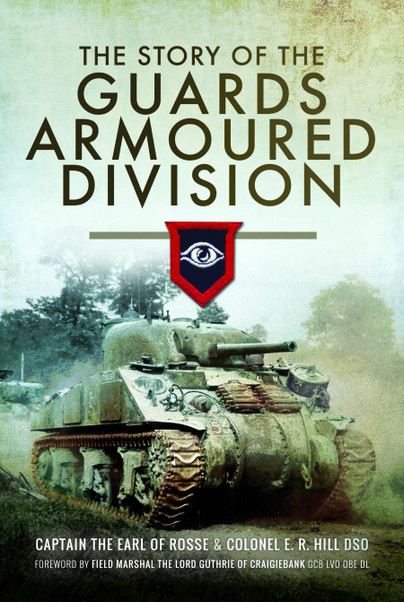 The Story of the Guards Armoured Division (Kindle)

Click here for help on how to download our eBooks
Add to Basket
Add to Wishlist
You'll be £4.99 closer to your next £10.00 credit when you purchase The Story of the Guards Armoured Division. What's this?
Need a currency converter? Check XE.com for live rates

Formed in June 1941, the Guards Armoured Division proved that Household Troops could adapt their legendary high standards to a totally new role. Deploying to Normandy in 1944 under Major General Sir Allan Adair, the Division acquitted itself with distinction in the costly Operation GOODWOOD.

After the break-out, the Welsh Guards liberated Brussels on 3 September and the Division played a leading role in Operation MARKET GARDEN.

The Story of The Guards Armoured Division is a classic account of the Division’s superb fighting record.

This important book is packed with information. The Guards Division was formed a year before the Normandy Landings and was to play a leading role in breaking out of the beachheads and advancing through France and Belgium, crossing the Rhine and completing the victory – Highly Recommended.

An interesting book that portrays an important part of World War II through the actions of the Armored Division of the British Guard.

All in all, I am pleased that Pen & Sword have reprinted this divisional history. It is a good account of the history of this formation, and contains useful orders of battle, some good photographs, but few maps. I recommend it to anyone interested in British armoured formations during the Second World War, the campaign in North-West Europe, and Operation Market Garden in particular.

There are maps plus a section of archive photos in the middle of the book, including portraits of some of the commanders, along with images from their training and the various battles along the way. It is a fascinating story, and written in a very readable way, not just a basic list of what happened on what day. It is great to see these older books republished, telling the story to a new generation of interested historians.