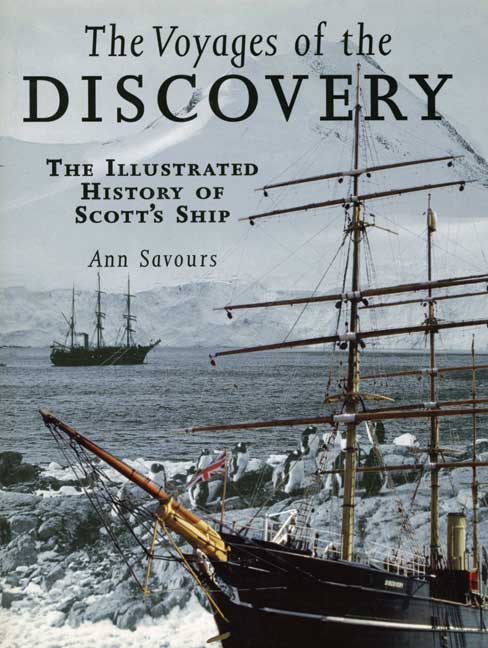 The Voyages of the Discovery (Kindle)

An Illustrated History of Scott's Ship

Click here for help on how to download our eBooks
Add to Basket
Add to Wishlist
You'll be £5.20 closer to your next £10.00 credit when you purchase The Voyages of the Discovery. What's this?
Need a currency converter? Check XE.com for live rates

Discovery was built for Captain Scott's first Antarctic expedition of 1901-04 and was launched more than 100 years ago in 1901, at Dundee. She had a long and intriguing career before her final voyage back there in 1986; this book tells the story of that chequered history.

Despite a number of expeditions to the Southern Ocean during the nineteenth century, the continent of Antarctica remained mostly a mystery by the turn of the twentieth. To remedy this the Royal Geographical Society proposed a National Antarctic Expedition, and a purpose-built vessel, the Discovery, was designed. Based on a whale ship, she was massively built to withstand ice, and was equipped with a hoisting propeller and rudder. Sh set sail from Cowes of 6 August and six months later was in the Ross Sea. The southern sledging expedition, of Scott, Shackleton and Wilson, reached within 500 miles of the South Pole.

In 1905, a year after her return to Britain, she was purchased by the Hudson's Bay Company and worked as a simple cargo carrier between London and their trading posts in the Canadian Arctic. Later she was sent to rescue Shackleton's men on Elephant Island. In 1925 she became a research ship, and in 1929-31 she was used to survey what became Australian Antarctic territory. Moored on the Thames Embankment, she survived the London blitz before returning to Dundee where she is now on permanent display.

This is the biography of a ship, and like many human biographies, is very varied at different times in its life.

This well illustrated book includes descriptions of her voyage and the explorers who sailed on her.

Ann Savours is one of Britain's leading experts on Polar exploration and history and was on the staff of the Scott Polar Research Institute from 1954 to 1966, and at the National Maritime Museum from 1970 to 1987. She was also Research and Displays Officer for 'Project Discovery' . Her two other books in the field, Scott's Last Voyage and Voyages of the Discovery, have been highly acclaimed.