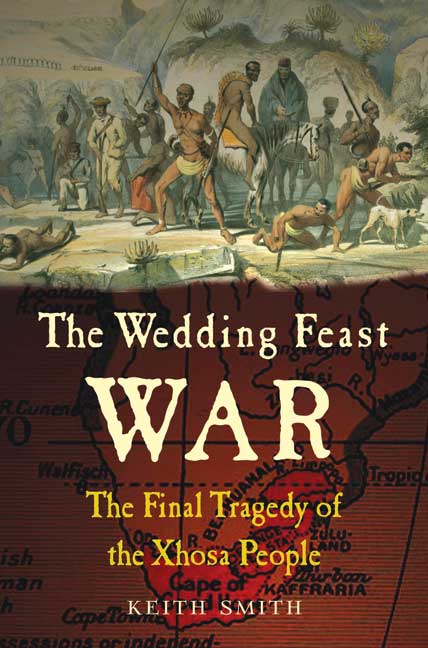 The Final Tragedy of the Xhosa People

Click here for help on how to download our eBooks
Add to Basket
Add to Wishlist
You'll be £4.99 closer to your next £10.00 credit when you purchase The Wedding Feast War. What's this?
Need a currency converter? Check XE.com for live rates

The last of the nine Frontier Wars fought between 1799–1877 was in many ways a 'prequel' to the more famous Zulu War of 1879, featuring as it did many of the British regiments and personalities who were to fight at Isandlwana, as well as being the final defeat of the Xhosa people and their reduction to lowly workers for the colonists.

This war saw conflict between the British authorities (the governor-general and the commander-in-chief) and the government of the Cape, leading to the dismissal of that government by Sir Bartle Frere, the Governor-General.

This book has made extensive use of British Parliamentary Papers, official War Office despatches and personal accounts and correspondence to tell the full story of this neglected yet fascinating episode of South African military history, which provides an insight into the origins of and attitudes of the principal figures in the following conflict with the Zulus.

The Ninth and last Cape Frontier War of 1877–1878 finalized the subjugation of the amaXhosa people to colonial rule, yet it has for long been unaccountably neglected in the history of South Africa’s Hundred Years’ War. Keith Smith rectifies this omission in his authoritative, well-contextualized, balanced and thoroughly researched Wedding Feast War. It is the first book devoted entirely to this gruelling campaign with its pitched battles, desperate guerrilla resistance and merciless ravaging of Xhosa territory.