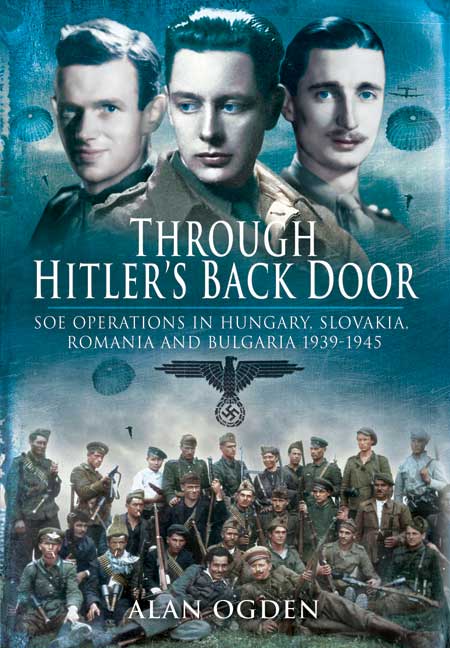 Through Hitler's Back Door (Kindle)

Click here for help on how to download our eBooks
Add to Basket
Add to Wishlist
You'll be £4.99 closer to your next £10.00 credit when you purchase Through Hitler's Back Door. What's this?
Need a currency converter? Check XE.com for live rates

Romania, Bulgaria, Hungary and Slovakia were all German allies in the Second World War, unlike the other countries of Europe which had either been forcibly occupied by the Nazis or remained neutral.
SOE Missions mounted within their borders were thus doubly hazardous for they were conducted in enemy-populated territory, heavily policed by military forces and gendarmerie. Furthermore all these states had well developed and experienced security services, usually supplemented by Gestapo and Abwehr units.
A further complication to the activities of SOE in these countries was that they had all been effectively conceded by Western Allies to Russia; not surprisingly therefore, operations in the Soviet ‘sphere of influence’ were to prove diabolically difficult.
This is a story about the courage of individuals in the face of overwhelming odds. Hunger, ill-health, exhaustion, cold and treachery all combined to make life for those members of SOE who parachuted into these Fascist outposts of Fortress Europe as insufferable as it was dangerous.

Alan Odgen reveals many fascinating stories of men and women who inspired courage and bravery whom were gifted in their ability for carrying out these dangerous missions without little question for which future generations should be thankful.

This is a timely, well-written and researched book.

Agents of the Special Operations Executive (SOE) were instructed to "set Europe ablaze". Their daring missions behind enemy lines attempted sabotage and subversion. The author paints a fascinating political background and tells an interesting story, but a sad one. Far too many of these brave men and women perished. It would have been interesting to be told more about the German's ruthlessly efficient counter-insurgence. Were the SOE's efforts in this region therefore a futile diversion of lives and resources? Alan Ogden would firmly reply not, for the chance of detaching Bulgaria and Slovakia from Germany opened huge possibilities.

The second of these problems had the biggest impact on the day-to-day activities of the SOE agents. While agents in the west operated amongst a largely supportive population, those in the Balkans were surrounded by a hostile population and active local police forces, militias and armies. As a result of this many of the missions spent much of their time traveling through hostile remote areas attempting to evade capture, and most had a rather short life-span. Despite all of the odds against them many of these SOE missions managed to complete at least some of their objectives, slowly eroding the trust between Hitler and his Balkan allies.

This book is a fitting tribute to those brave men and women of SOE whose efforts were made in obscure corners, away from the historical limelight, many of whom made the ultimate sacrifice.