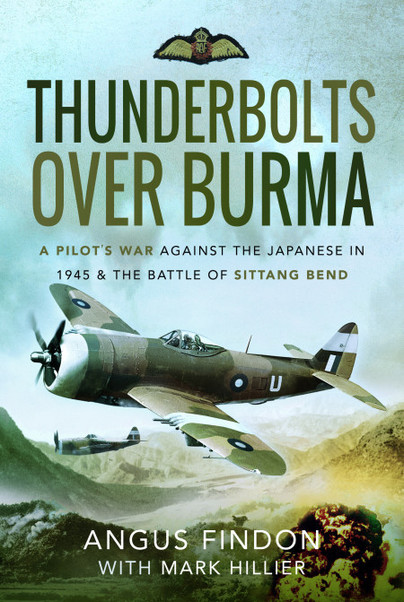 Click here for help on how to download our eBooks
Add to Basket
Add to Wishlist
You'll be £4.99 closer to your next £10.00 credit when you purchase Thunderbolts over Burma. What's this?
Need a currency converter? Check XE.com for live rates


Findon’s memoir is worth reading for his narration and description of service life in Burma and India, and aviation enthusiasts will undoubtedly enjoy it.

I do recommend this book for anyone with an interest in the air campaign in Burma, RAF Thunderbolts, or military aircrew memoirs.

An excellent and most intriguing read and recommended for learning more of life in the war and in the Far East.

What a fabulous book, if you're looking for a nuts and bolts account of the Thunderbolt then you need to look for one of the many books that cover that, but if you want a first hand account of the largely forgotten air war over the jungles of Burma in the dying months of world war II then you can't do better than this book. It is full of insights that can only come from someone who was there.