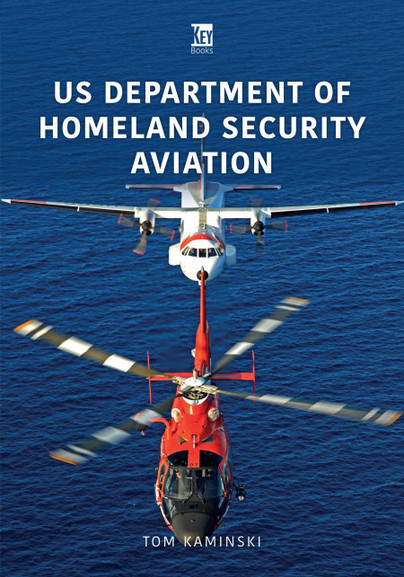 Preorder
Add to Wishlist
You'll be £12.79 closer to your next £10.00 credit when you purchase US Department of Homeland Security Aviation. What's this?
+£4.50 UK Delivery or free UK delivery if order is over £35
(click here for international delivery rates)

The US Department of Homeland Security (DHS) was created in response to terrorist attacks that were carried out against the United States on September 11, 2001. Its agencies were tasked with analyzing threats and intelligence, guarding borders and airports, protecting critical infrastructure, and coordinating the nation’s response to future emergencies. The Department’s aviation assets comprise those of the US Coast Guard and the US Customs and Border Protection Air and Marine Operations (AMO).

Today the DHS is responsible for over 200 aircraft operated by the world’s largest Coast Guard, and around 240 are flown by the AMO, which is the world’s largest aviation and maritime law enforcement organization. Since the creation of the DHS much work has been done within both organizations to integrate, consolidate, and update their varied fleets of fixed wing, rotary wing and remotely piloted unmanned aircraft. This title is fully illustrated with over 120 color photographs and provides insight into the department’s creation and the history, aircraft, and operations of the Coast Guard and AMO.

Tom Kaminski became interested in military aviation at a young age and eventually entered the 'business' in the general and corporate aviation segments before moving on to the military world. His work as an A-10 Field Service Engineer with Fairchild Republic sparked an interest in aviation photography that introduced him to numerous renowned aviation photographers and authors. Tom later spent many years with Grumman Aerospace working on the F-14 aircraft and flight trainer programs as a Specifications Engineer and a Technical Writer. Today, he manages the Technical Publications Department for Resideo Technologies Security Group. Tom was on the staff of Combat Aircraft Journal from its inception in 1997 until mid-2020, and his work has appeared in numerous aviation magazines and professional journals.