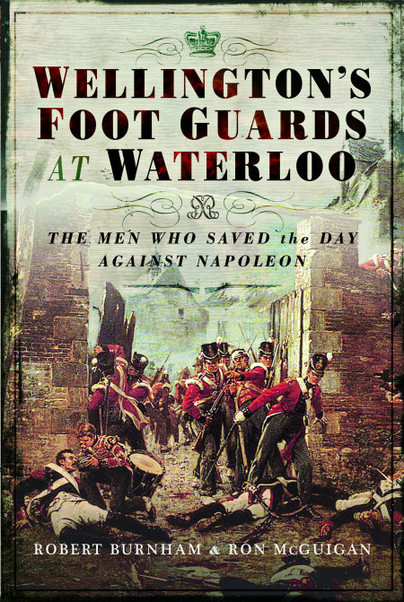 Click here for help on how to download our eBooks
Add to Basket
Add to Wishlist
You'll be £4.99 closer to your next £10.00 credit when you purchase Wellington's Foot Guards at Waterloo. What's this?
Need a currency converter? Check XE.com for live rates

The main strength of the book resides in its ability to place the Guards’ actions within the wider context of the battle. Turnham and McGuigan manage to move seamlessly between the grand scale and micro-scale dimensions. The reader is thus periodically switched from being in the saddle of Wellington to holding a musket ring at those dastardly Frenchmen who had managed to enter the higher courtyard of Hougoumont through the north gate or holding for dear life in a square in the midst of the great French cavalry charges. This makes for very entertaining reading indeed.

They [the authors] should be congratulated on resisting the temptation of writing another general account of Waterloo - of which we have too many - other authors please take note! If you are interested in the role of The Guards, you should buy this book.

Wellington’s Foot Guards at Waterloo is most certainly the reference for readers interested in the history of one of the most famous regiment in the British Army. Burnham and McGuigan’s gripping narrative of the Foot Guards’ actions in the Waterloo campaign is superb.