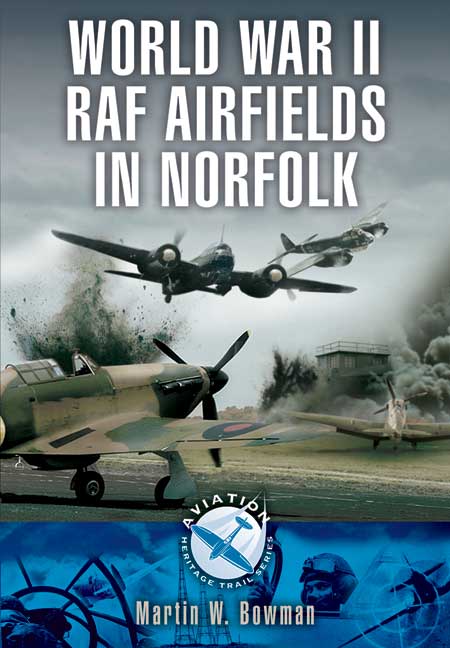 Click here for help on how to download our eBooks
Add to Basket
Add to Wishlist
You'll be £4.99 closer to your next £10.00 credit when you purchase World War II RAF Airfields in Norfolk. What's this?
Need a currency converter? Check XE.com for live rates

As part of the AHT series, this book covers airfields in NorfolkThis book looks at the history and personalities associated with each base, what remains today and explores the favourite local wartime haunts where aircrew and groundcrew would have sought well-deserved entertainment and relaxation. Museums and other places that are relevant are also described and general directions on how to get to them included.Airfields included are Attlebridge, Barton Bendish, Bircham Newton, Bodney,Coltishall, Docking, Downham Market, East Wretham, Feltwell, Fersfield, Foulsham, Great Massingham, Horsham St. Faith, Langham, Little Snoring, Ludham, Marham, Matlaske, Oulton, Sculthorpe, Swanton Morley, Watton, West Raynham and Weybourne.