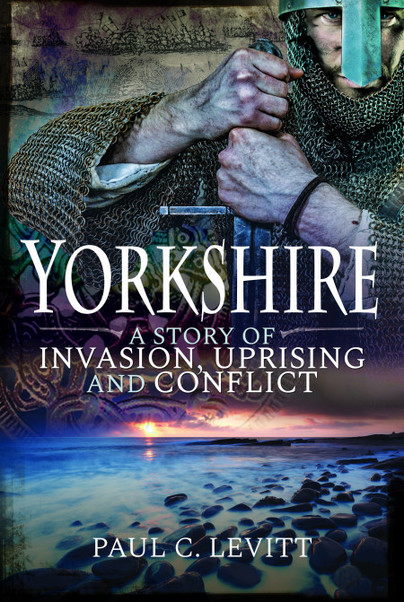 Yorkshire: A Story of Invasion, Uprising and Conflict (Kindle)

Click here for help on how to download our eBooks
Add to Basket
Add to Wishlist
You'll be £5.99 closer to your next £10.00 credit when you purchase Yorkshire: A Story of Invasion, Uprising and Conflict. What's this?
Need a currency converter? Check XE.com for live rates

Archaeological finds have shown that Yorkshire was occupied at a time when early hunters from continental Europe were not supposed to have ventured so far north. Growing populations on the European mainland made Yorkshire’s fertile land and receding woodland a prime landscape for these first European farmers, and over time they would be followed by waves of invaders intent on pillage and land grabbing.

From the north and west came the Picts and the Scots, while the Romans, Angles and Vikings arrived via the River Humber. The Normans would be the last to invade and seek to dominate everything they saw. Each invasion would leave its stamp on Yorkshire’s culture and life, while battles would later be fought on Yorkshire soil during both the Wars of the Roses and the English Civil Wars.

More than just a romp through the ages, this book reveals the key places where battles were fought and Yorkshire history was made.

In "Yorkshire: A Story of Invasion, Uprising and Conflict", author and historian Paul Levitt deftly reveals the key places where battles were fought and Yorkshire history was made. The result is an impressively informative and inherently fascinating read from first page to last.

You don't have to be from Yorkshire to appreciate this book, which contains a wealth of material on the historically strategic importance of the largest county in Britain. The book is written by someone who enjoys his subject well, and makes it both interesting and educational at the same time, which is no mean feat. Yorkshiremen are often portrayed as unfeeling, hard and uncaring, and some of those things may be true, but there is no doubting the steadfastness and the strengths and virtues of the inhabitants, as evidenced in the book.

"It is a fascinating book to read and I think that occasionally you will say to yourself “I did not know that”.

This book will make any Yorkshireman proud.

Paul Levitt succeeds in his goal of demonstrating that the county and its people have been shaped by invasions and turmoil. His account gives a vivid impression of the constantly rising and falling tide of political struggles, uprisings, and religious and social tensions that affected the development of Yorkshire and the lives of its occupants in the past, and leave their marks even today.

What Was the Danelaw and How Long Did It Last?

This is a comprehensive history of the eventful and turbulent past of Yorkshire. The author has provided a concise text with illustration in a photo-plate section in a book that is offered at a very affordable price – Highly Recommended.

Yorkshire: A Story of Invasion, Uprising and Conflict by Paul C. Levitt is a thoroughly enjoyable read that I’m definitely going to pass on to my dad – as a true Yorkshireman, he will love it! This book will be useful for anyone with an interest in Yorkshire and it history.

Fun and informative, it clearly demonstrates the reason we Yorkshire folk are said to have ‘grit’. I can highly recommend it!

Learn why Yorkshire has such an eventful and stormy past.

A really good introduction to the history of Yorkshire, particularly it’s early development. It is not difficult to see why a determined self confidence emerged.