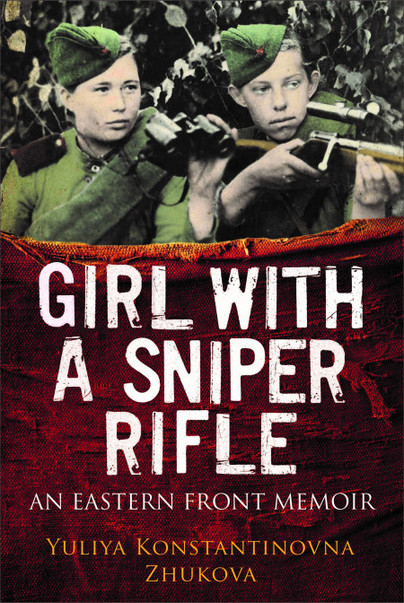 Add to Basket
Add to Wishlist
You'll be £19.99 closer to your next £10.00 credit when you purchase Girl With a Sniper Rifle. What's this?
+£4.50 UK Delivery or free UK delivery if order is over £40
(click here for international delivery rates)


"...while Zhukova might not have experienced years on the front line, her few months left her with memories and experiences that help us better understand what Red Army forces experienced, survived, and what many Soviet women had to contend with in addition to the enemy during their time at the front."

Having recently completed a book about Germany's leaders in WWII I was curious to see this book advertised as it portrayed the wartime experience of a person at the opposing end of the scale, a teen-aged young Russian girl - a fully hardened sniper. The book deals with her experiences from sniper school to the lone snipers' killing fields of the front line. Russian snipers like Yulia Zhukova took a heavy toll of German officers and were feared to the extent that their capture would result in merciless torture before being killed. This young girl, nevertheless, stood her ground and did what she did best - shooting Germans from a distance. Composed from letters she wrote home, the book gives an insight into what the war meant to this young girl. She survived and describes life post war before settling down to motherhood and a normal family life. Highly recommended.