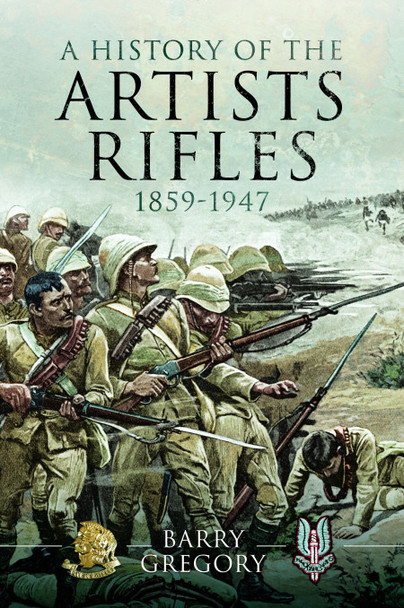 This is the long-awaited missing history of a unique London regiment. Thoroughly deserving of its name, the Artists Rifles traces its origins to a meeting to discuss the threat of invasion by Napoleon III in 1859, of students at Cary's School of Art which led to the formation of the Corps of Artists. This unit was composed of painters, sculptors, engravers, architects, musicians, poets and actors. Remarkably many of the most famous names in British art (Millais, William Morris, Frederick Leighton etc) were proud to have served in The Artists.

In addition to giving insights into unusual aspects of many distinguished figures lives, this superbly researched and comprehensive book covers the Artists Rifles activities in the Boer War, The Great War and Second World War.

The Artists Rifles happily live on as an active Association. When it was decided in 1947 to resurrect the Special Air Service as a territorial unit, 21 SAS was formed out of the Artists Rifles. They in turn gave birth to the Regular 22 SAS.

Barry Gregory was a respected author and historian and importantly a former member of 21 SAS during the 1950s and 1960s. He researched and wrote this book for some 10 years and saw it as a tribute to all those who served in this uniquely British organisation.