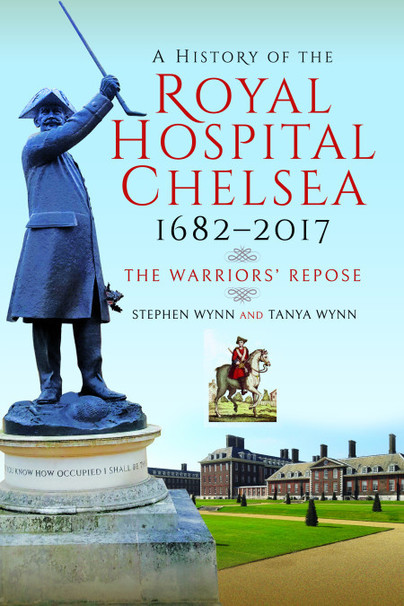 Add to Basket
Add to Wishlist
You'll be £8.99 closer to your next £10.00 credit when you purchase A History of the Royal Hospital Chelsea 1682–2017. What's this?
+£4.50 UK Delivery or free UK delivery if order is over £35
(click here for international delivery rates)

The book is written in the usual captivating style of Wynn, of which I have already reviewed other books. The author manages to introduce you to the stories in history, and does so without being boring. The history of the Royal Hospital of Chelsea, one of Britain's most noble institutions, is a story of dedication to the cause of those who have made sacrifices for their homeland and the book is the due homage to the veterans and their lives.

It reads easily and is a most interesting and informative read that should leave you with a deeper understanding of the hospital and added appreciation of the iconic Chelsea Pensioners.

The men and women who serve in the military and risk life and limb deserve care beyond active service but often are quietly forgotten by politicians and sadly neglected. This story is about an enduring example of care of veterans. – Most Highly Recommended