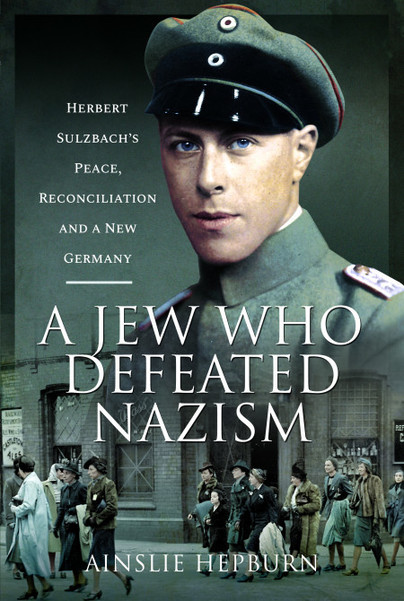 A Jew Who Defeated Nazism (Hardback)

Add to Basket
Add to Wishlist
You'll be £20.00 closer to your next £10.00 credit when you purchase A Jew Who Defeated Nazism. What's this?
+£4.50 UK Delivery or free UK delivery if order is over £40
(click here for international delivery rates)

Herbert Sulzbach (1894-1985), was an influential figure in Britain and Germany who made a remarkable personal contribution to Anglo-German reconciliation following the Second World War. Working with German prisoners of war in Britain in camps that included fanatical Nazis, he guided men of all ranks - including senior officers - to personal educational and cultural achievements in preparation for peace and reconciliation. This graphic and moving account of an untold story shows where reconciliation, and a 'new Germany', were fostered.

It is also a personal and family story and a microcosm of European history. Sulzbach was from an elite German Jewish banking family, and educated in the ideals of the German Enlightenment. In the First World War, he served as a front-line artillery officer with the German Imperial Army. Defeat was a shattering disappointment, and the economic depression ruined his business and the family banking fortunes. Sulzbach's life in Berlin with his artistic fe, Beate, was cushioned by wealth and the cultural life of the city, but National Socialism brought this to an end and he fled with Beate to exile in England where they were interned as 'enemy aliens'. On release, Sulzbach served with the British army and found his calling as an interpreter and educator in PoW camps where his work of 'de-nazification' and re-education paved the way to reconciliation.

This is an amazing book about an amazing man. I embarrassed to say I never heard of Herbert Sulzbach, but I know that now I will certainly never forget.

Mrs. Hepburn tells the biography of a warrior, patriot, and most importantly good human and peacemaker. Herbert Sulzbach author of "With the Guns on the Western Front." Sulzbach after the First World War and during the rise of the Nazi Party in Germany and Fascism in Europe fled to Great Britain and became an example of how his people both Jew and Gentile could move past the nightmare of the Holocaust while still holding those accountable for the horror of the recent past. Sulzbach would later help pioneer what is now termed deprogramming of German P.O.W.s and be awarded the O.B.E. by Queen Elizabeth II. Truly a worthwhile book and name to learn and revere.

Ainslie is a writer and historian specialising in the Second Word War, with particular interest in the extraordinary - sometimes vexed, and often moving experience of working with German prisoners (PoW) in Britain. She has a first-class honours degree from the Open University and has been Tutor in Social History at the Workers' Educational Association in the north of England. She has published 'Trust, Reconciliation and Friendship' in Humanitas and in Kirchliche Zeitgeschichte. For this biography, her research has included official sources. private letters and papers, oral history accounts and interviews with people in Britan, and Germany. She lives in Brighton and writes from oast house in the Sussex countryside.