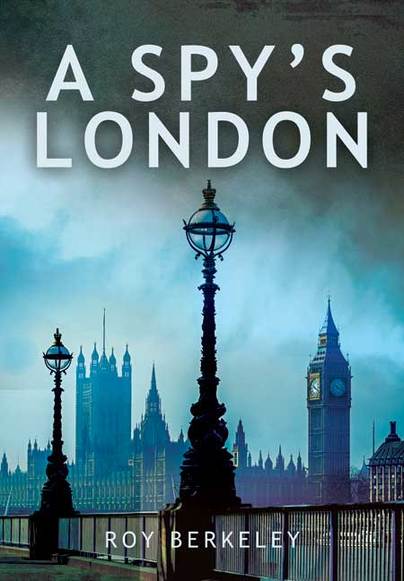 Add to Basket
You'll be £14.99 closer to your next £10.00 credit when you purchase A Spy's London. What's this?
+£4.50 UK Delivery or free UK delivery if order is over £35
(click here for international delivery rates)

A lively and fact-filled walk book of 136 sites in Central London relating to spies, spy-catchers and subversives from more than a century of London's secret history.

This is not just a fascinating read, with all of the twists and turns and betrayals that may be expected of spying, it is a very original guide book that sets out a series of London walks. This is a book that should appeal to a very wide audience because the subject is one that generates considerable interest, rivalled only by fictional detectives. This may have been done many times for battlefields but never before to expose the murky world of spies which often achieved more than a bloody battle in a foreign field.

The author invites you to speculate on many intriguing stories surrounding names from the past that many will recognise.

Engagingly written….as far as one can judge, accurate as well as entertaining

Brian Crozier, in The Salisbury Review

Cloak and dagger buffs now have their own guide….a fine new perspective on a favourite City

Confirms London as the spookiest city in the world

Elizabeth Bancroft, in The Intelligencer

Fascinating, well-organised, perceptive, informed….if you're going to London, take this book with you; if not, read it for fun

A super book, good reading even when not in London

Roy Berkeley (1935-2009) wrote fiction under 14 pseudonyms, A Spy's London is the only book under his own name. Born in Washington, D.C., he received his B.A. from Columbia College, in New York City, and did graduate work in history there. He was a celebrated folk singer, a newspaper editor, a photojournalist, and a teacher of American history through folk music, giving courses or single performances in many venues, also doing European tours under sponsorship if the U.S. Information Agency. He served in an intelligence agency in his twenties, and later (after moving to Vermont) was a deputy Sheriff and a member of the state's Fish & Wildlife Board. He was married for 43 years to his loving wife Ellen.