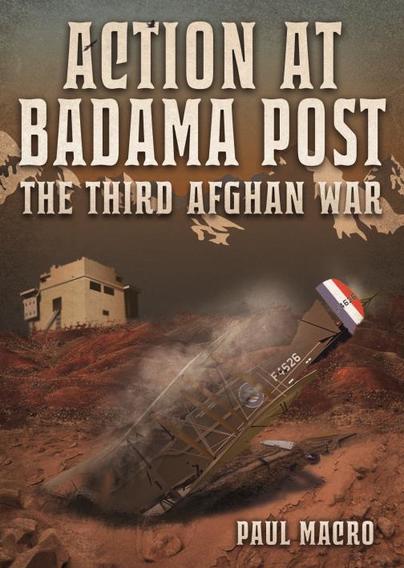 Add to Basket
Add to Wishlist
You'll be £20.00 closer to your next £10.00 credit when you purchase Action at Badama Post. What's this?
+£4.50 UK Delivery or free UK delivery if order is over £35
(click here for international delivery rates)

A thrilling account of the rescue of RAF crewmen after their aircraft crashes in Afghanistan … in 1919.

Action at Badama Post shines a light onto a previously unknown tactical action from the little known Third Afghan War. It brings that war to life through the eyes and experiences of the soldier on the ground and those flying above them. The narrative weaves together the lives of those who fought at Badama Post, describing both how they came to be there and what befell them afterwards. In doing so the reader is taken from the early days of motorcycling in the British Army, through the landings at V Beach in Gallipoli, to the skies over the Western Front and thence to the North West Frontier of India. Whilst not drawing direct comparisons, Action At Badama Post highlights that many of the challenges faced by today's soldiers have endured from the time of the Third Afghan War, whether of introducing new equipment and tactics, of operating over extended lines of communications or of conducting operations in areas where there is little constructive governance or rule of law. A tale of soldiers and soldiering, Action at Badama Post is highly recommended for anyone with an interest in the history of the British and Indian Armies, the Machine Gun Corps and the Motor Machine Gun Service, and of conflict on the North West Frontier of India. A very interesting read in deed.
Ian Barbour