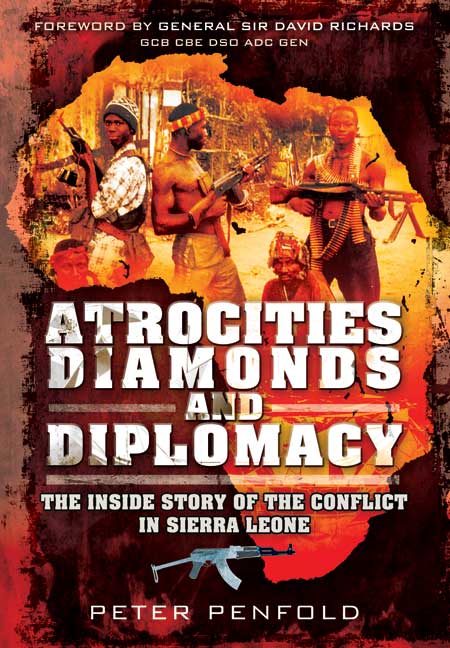 Add to Basket
Add to Wishlist
You'll be £19.99 closer to your next £10.00 credit when you purchase Atrocities, Diamonds and Diplomacy. What's this?
+£4.50 UK Delivery or free UK delivery if order is over £35
(click here for international delivery rates)

Practically everyone Penfold met in that war-torn land had experienced some form of tragedy, so he did whatever he could, whenever he could, to help, sometimes flying in from British warships to engage in relief work relative to food, housing and public health, and demonstrate practical concern for those who suffered disabling injuries during the conflict, with a view to restoring their dignity and sense of purpose in life (see pp. 123; 129-130 and 136). It is here that the author shines.

Reviewed by Stephanie A. Jefford