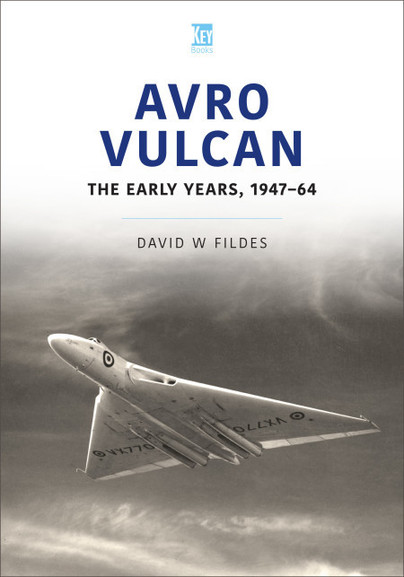 Advances in aerodynamics and jet engine technology after World War Two led to the RAF Air Staff producing an Operating Requirement (OR229) for a bomber that could use these new technologies. To meet this requirement, the Avro Initial Projects team adopted a Delta wing design. This was a major change in aircraft design, as little was known about the Delta wing. The design of the Delta wing Vulcan was a major gamble by all concerned. However, it proved an incredibly valuable asset, especially during the Cold War. It was used in both high- and low-level roles and performed some of the longest bombing and anti-radar missions by the RAF during the Falklands War in 1982. After serving over three decades with the RAF, the Vulcan was retired in1984, but it continued display flying with the Vulcan to the Sky Trust until 2015, delighting the public with its noise and manoeuvrability. Fully illustrated with over 150 images, this book explores the history of the Vulcan, from concept to manufacture to service, providing insight from those who developed, designed, and flew it.

Historian David W Fildes is an award-winning graphic designer and illustrator. After serving several years in the advertising industry he joined at Hawker Siddeley Aviation in 1972, working at both the Chadderton and Woodford factories previously known as A.V. Roe & Co Ltd. (Avro). In 1995, he was tasked to set up a Heritage Centre at BAE Systems Woodford, which is going from strength to strength. Now known as the Avro Heritage Museum, it records the many achievements of A.V. Roe & Co Ltd. and successor companies. He is a keen enthusiast of Avro and the iconic Vulcan, which he continues to research.