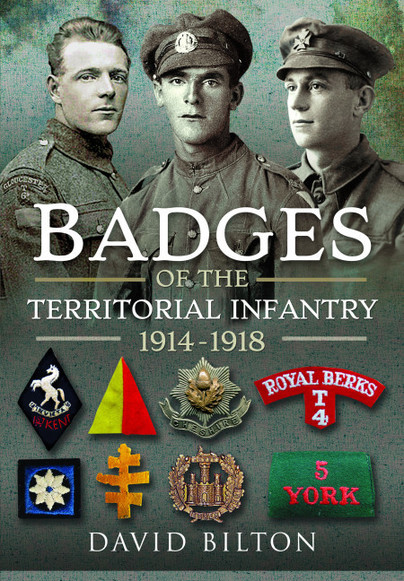 The Territorial Force (TF) is often ignored by students of the Great War. However, these ‘Saturday Night Soldiers’ played a vital and underestimated part in the Allied victory. There were equal numbers of New Army and TF divisions, who were the first called to aid the regular troops in 1914. This book aims to re-dress this oversight.

Badges of the Territorial Infantry, 1914-1918 is based on over thirty years of research in museums, archives and collections. It is an exhaustive study of the development of the battalion, brigade and divisional signs of the TF units that served overseas during the war.

While the divisional signs are well known, there has been little work on those worn by the infantry battalions. This book illustrates the cap and shoulder titles used, as well as cloth signs worn to provide easy recognition in the trenches. Every battalion that served overseas has a listing, along with a brief history and detailed information on the badges worn. It is profusely illustrated and contains information about why a shape or colour was chosen, when it was adopted, what size it was, whether it was worn on the helmet, what colour the helmet was and even what colours were used on horse transport.

What helps make the information accurate and authoritative is that much of it comes from material collected at the time and shortly after the war. Further information came from personal correspondence with hundreds of veterans during the 1980s, some of whom still had their badges and often had razor-sharp recollections about wearing them. Using the illustrations will allow many of the unidentified photographs in family albums and collections to be identified and come to life. 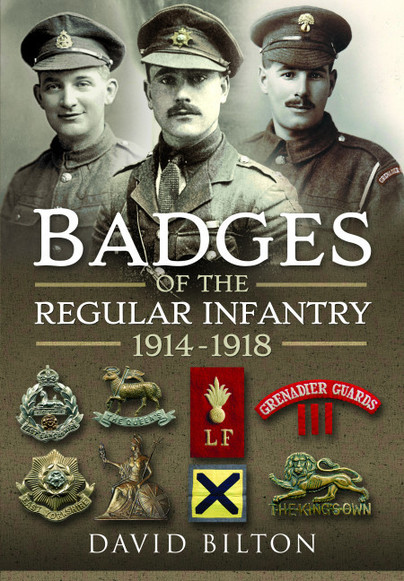 Badges of the Regular Infantry, 1914-1918 is based on over thirty years research in museums, archives and collections. It is an exhaustive study of the development of the battalion, brigade and divisional signs of the twelve divisions that formed the regular army during the Great War. It also looks at the badges of those battalions left behind to guard the Empire. While the divisional signs are well known, there has been no authoritative work on the signs worn by the infantry battalions. The book will illustrate the cap and shoulder titles used, as well as cloth signs worn to provide easy recognition…

Click here to buy both titles for £44.00
More titles by David Bilton