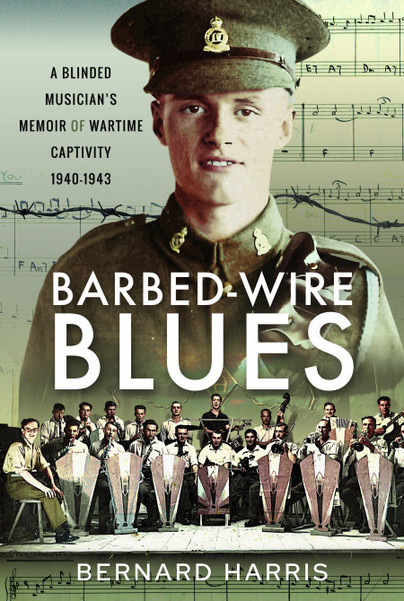 Add to Basket
Add to Wishlist
You'll be £19.99 closer to your next £10.00 credit when you purchase Barbed-Wire Blues. What's this?
+£4.50 UK Delivery or free UK delivery if order is over £35
(click here for international delivery rates)

This was such a fascinating book. I very rarely hear points of view from the second World War from people outside of Europe and North America. It was fascinating to hear about insight from someone from New Zealand.

This book is worth taking the time to read, as it can be considered to be the story of one man’s battle against adversity.

Well for a start in reviewing this book you have to say Wow, a young man shot between the eyes from point-blank range and he manages to survive is a feat in itself. In essence, this is a story of a young man who is then sent to a prisoner of war camp where he is looked after and goes on to survive through the help of fellow prisoners who are medically trained. He then in a way of giving back starts to set up entertainment for his fellow prisoners, by setting up a choresta and theatrical group. In a book that starts off in a dark way, that could have so easily ended in a sad way, it turns into a very good feel-good story that is quite uplifting. This book also takes you through the daily ‘normal’ day-to-day life of a prison camp which is a good read, and it does differ well from other prisoner of war camp stories. This book looks less at the usual escape attempts but concentrates on lifting people of the camp through entertainment. A thoroughly good book and an excellent read, one I would heartily recommend to other people.