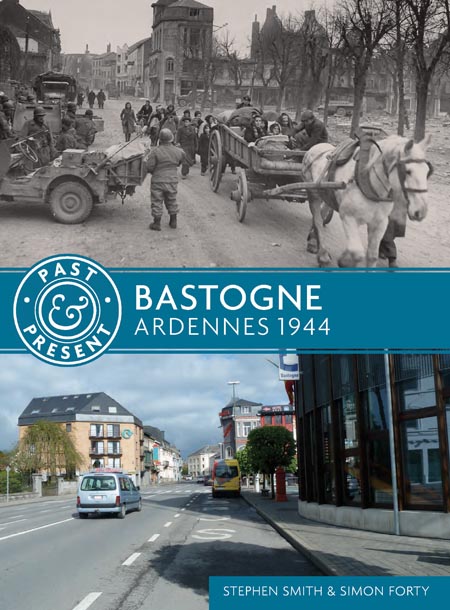 Add to Basket
Add to Wishlist
You'll be £9.99 closer to your next £10.00 credit when you purchase Bastogne. What's this?
+£4.50 UK Delivery or free UK delivery if order is over £35
(click here for international delivery rates)

Order within the next 6 hours, 32 minutes to get your order processed the next working day!

Bastogne will live forever in the annals of American military history. From the resounding 'Nuts', in response to the German demand for surrender, to the breaking of the siege by Patton’s Third Army – brilliantly disengaged from its positions on the Saar, wheeled 90 degrees and marched northwards faster than any thought possible – the defense of Bastogne and victory in the Ardennes was one of the greatest feats of American arms in the European Theatre.

This title in the Past & Present series looks at the encirclement, siege, and relief with then and now photographs; specially commissioned aerial photos, and a wealth of detail.

Other titles in Casemate...
Re-Release