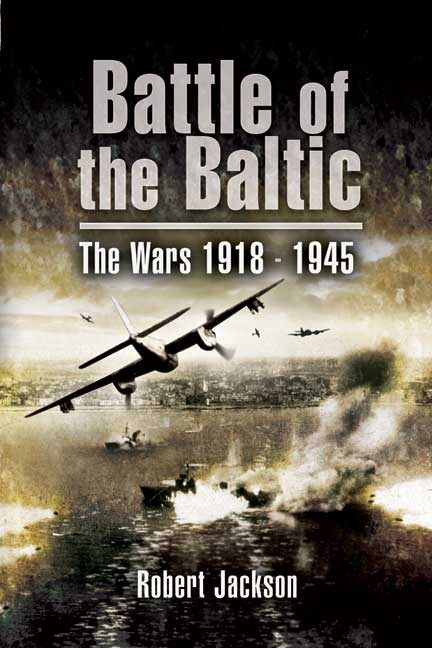 Battle of the Baltic (Hardback)

Add to Basket
Add to Wishlist
You'll be £15.00 closer to your next £10.00 credit when you purchase Battle of the Baltic. What's this?
+£4.50 UK Delivery or free UK delivery if order is over £35
(click here for international delivery rates)

During WW2 hostilities in the Baltic Sea commenced on 1 September 1939 when the German battleship Schleswig-Holstein opened fire on the Polish fortress of Westerplatte and ended on 9 May 1945 with the final evacuation of German refugees from the Hela peninsula. In the intervening years battles raged back and forth between the confines of this cold cruel sea. The Soviets attacked the Finnish island of Russarö on 30 November 1939 with an air and naval bombardment. The Russian naval blockade of Finland began and their submarines attacked merchant vessels in the Gulf of Bothnia and their ships engaged shore batteries and coastal towns. The German fleet then turned on their former allies and attacked the Soviet Union, each side's submarines stalked the others and the Russians encountered disaster in a minefield. Finally the Russians retreated under heavy sea and air attack. The siege of Leningrad began in September 1941 and was not broken until 1943. In 1944 the Russian's reached Riga, leaving pockets of stranded German troops on the Courland Peninsula. Then the Russian navy broke out - the race for East Prussia was on, sparking the biggest seaborne evacuation in history.

Not only would I recommend this book to those interested in naval history, but it also has no small significance to scholars of the Russian Revolution.