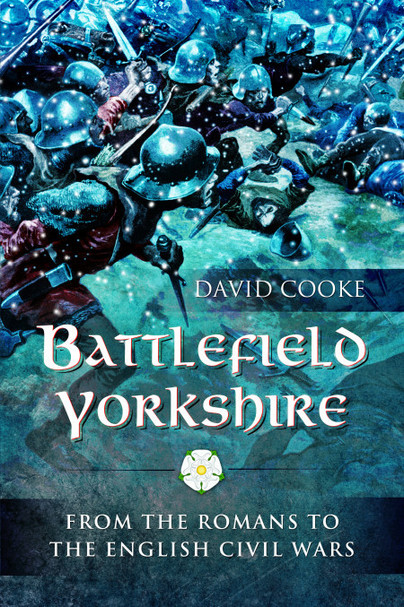 From the Romans to the English Civil Wars

Add to Basket
Add to Wishlist
You'll be £14.99 closer to your next £10.00 credit when you purchase Battlefield Yorkshire. What's this?
+£4.50 UK Delivery or free UK delivery if order is over £35
(click here for international delivery rates)

Yorkshire's past is replete with bloody battles and sieges. From the earliest times armies have marched across the Yorkshire countryside and have fought for control of the land, the towns and the cities. Roman, Viking, Norman and the Scottish invaders have all contributed ruthless episodes to the story. Christian fought pagan, Englishman fought foreign invader, and loyalist fought rebel, in some of the most destructive battles of British history. And bitter internal conflicts, which set neighbour against neighbour, created an equally violent heritage as rival lords and landowners contended for power and influence in the north. David Cooke gives a vivid description of the outbreaks of warfare that have punctuated the county's history. Using graphic contemporary accounts and numerous illustrations and maps, he creates a vivid narrative of a county that was a battleground until modern times.

"This book is very readable, interesting and informative and I can recommend it."

4 stars – A much more absorbing read than the title might suggest, Cooke is to be congratulated for giving his subject new interest and absorbing the reader in a well-thought and expressed account of conflict in Yorkshire over two millennia.