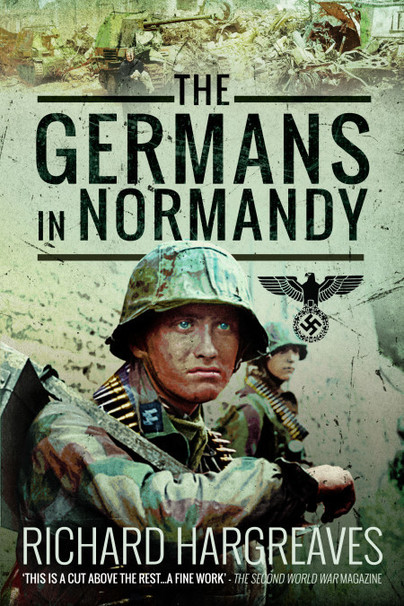 Add to Basket
Add to Wishlist
You'll be £14.99 closer to your next £10.00 credit when you purchase The Germans in Normandy. What's this?
+£4.50 UK Delivery or free UK delivery if order is over £35
(click here for international delivery rates)


Here’s a book that will interest D-Day and other WW2 ‘aficionados’. Whereas most history is written by the conquerors, it is always refreshing to read books written by and about ‘the other side’.
This book reads a little like Cornelius Ryan’s famous The Longest Day. It is comprised of reports and letters written at the time by German soldiers and officers interlaced with explanations and chronological battle reports.
The red line throughout the German comments is that they are totally awed by the incredible amount of materiel the allied bring to shore in never-ending transport operations. That and the total air supremacy by the allied air forces, making it near impossible to move anything on the ground during daylight times.
Clearly, as we know, and as is confirmed also by the German side’s stories, things could have turned out quite different if it hadn’t been for some grave errors and miscalculations on the German side. Not having strong units defending the – unfinished – Atlantic wall was only one of those issues. Not having control over the armored forces immediately, not having sufficient air coverage, not having agreement on the seriousness of the situation, most important officers not being present, and then some.
Looking at all the German comments on the impossibility of beating the onslaught of the allies, it is indeed surprising to see how long the Germans did, in the end, hold out. Until the Falaise Gap closed, the allies were not really making much progress in spite of various offensives.
The book is very well researched and offers a wealth of footnotes in each chapter, referring to sources used. Very interesting reading indeed. Well done!

This is a remarkably interesting account of the defence of Northern France and the ensuing North West Europe (“French”) campaign. It is professionally researched and beautifully written making it very enjoyable to read. I highly recommended it as a version of the campaign from the German’s perspective. 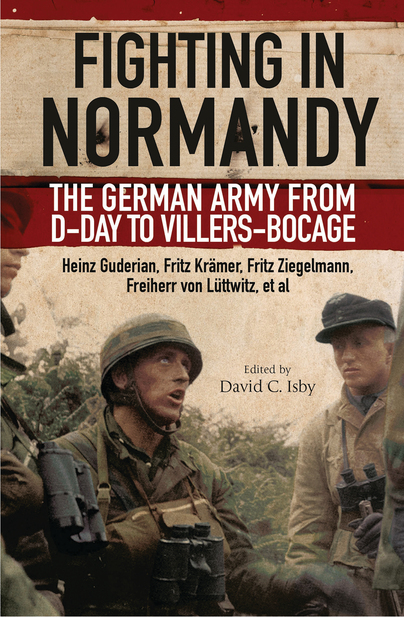 The Allied landings on the Normandy beaches in June 1944 were brilliantly executed but proved to be just the opening phase of a desperately fought battle. The German Army responded to the invasion with as much ferocity and force as it could muster, and turned the struggle into a brutal and prolonged campaign. These in-depth reports by German commanders given the task of turning the tables on the invaders is crucial to a full understanding of the battle for Normandy. The accounts David Isby has selected, all written soon after the war's close for American military intelligence, cover German attempts…

Click here to buy both titles for £27.98
More titles by Richard Hargreaves