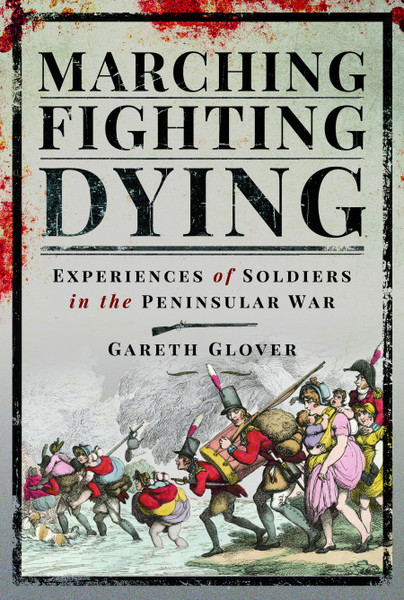 Click here for help on how to download our eBooks
Add to Basket
Add to Wishlist
You'll be £4.99 closer to your next £10.00 credit when you purchase Marching, Fighting, Dying. What's this?
Need a currency converter? Check XE.com for live rates

"It is a book I found hard to put down. Highly recommended."

This book is Gareth’s 100th title and he is still drawing the vast archives of letters and personal memoirs that he has discovered. The unique part of this book is that only extracts from letters written during the campaigns are quoted.

Gareth uses these contemporary letters to build a vivid picture of life of the British soldiers in the Peninsular War. As the title suggests it is not only the battles that are covered by these letters, it is all the other rigours of life on campaign.

Yet another essential book from this prolific author.