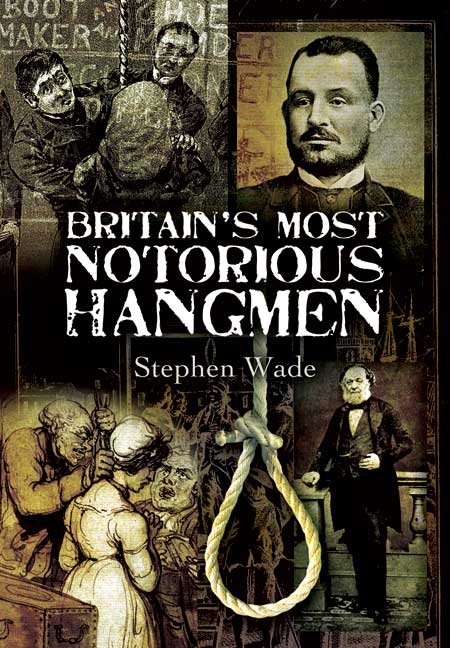 Click here for help on how to download our eBooks
Add to Basket
Add to Wishlist
You'll be £4.99 closer to your next £10.00 credit when you purchase Britain's Most Notorious Hangmen. What's this?
Need a currency converter? Check XE.com for live rates

From the dark centuries of the Middle Ages to the 1960s in Britain, the criminal law executed felons and someone had to hang them. Britain has always been a land of gallows, and every town had its hanging post and local 'turn off man.' First these men were criminals doing the work to save their own necks, and then later they were specialists in the trade of judicial killing. From the late Victorian period, the public hangman became a professional, and in the twentieth century the mechanics of hanging were streamlined as the executioners became adept at their craft.

Britain's Most Notorious Hangmen tells the stories of the men who worked with their deadly skills at Tyburn tree or at the scaffolds in the prison yards across the country. Most were steeled to do the work by drink, and many suffered deeply from their despised profession. Here the reader will find the tale of the real Jack Ketch, the cases of neck-stretchers from the drunks like Curry and Askern, to the local workers of the ropes, Throttler Smith and the celebrated Billington and Pierrepoint dynasty.

Along with some of the stories of famous killers such as William Palmer and James Bloomfield Rush, here are the bunglings, failures and desperate lives of the notorious hangmen, some who could entertain the vast crowds enjoying the show, and others who always faced the task as a terrible ordeal.

Albert Pierrepoint is the most famous member of the family which provided three of the United Kingdom's official hangmen in the first half of the 20th century. He was Britain’s most prolific executioner, carrying out up to 600 executions between 1932 and 1956, which included 202 German war criminals and numerous infamous public figures such as Derek Bentley, John George Haigh, Timothy John Evans and Ruth Ellis.