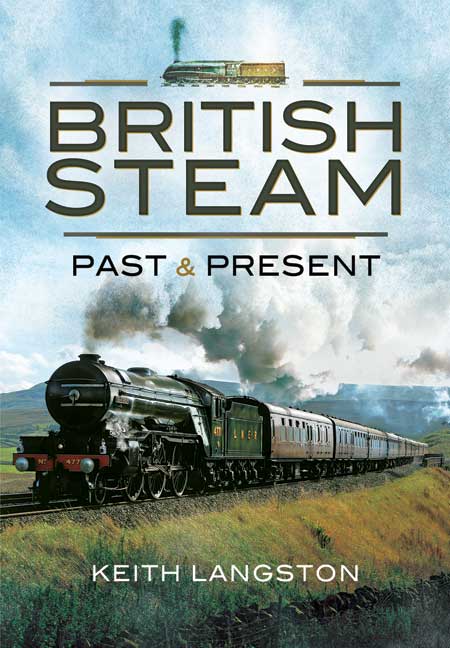 Click here for help on how to download our eBooks
Add to Basket
Add to Wishlist
You'll be £4.99 closer to your next £10.00 credit when you purchase British Steam. What's this?
Need a currency converter? Check XE.com for live rates

British Steam: Past and Present contains an evocative mix of specially commissioned modern steam images and steam era archive pictures, the majority of which have never been published before.

The work of accomplished steam photographer David Anderson is highlighted in three special ‘Location in Focus’ features, studies of 1950s and 1960s steam workings at Oxford and on the mighty Beattock Bank. In addition there is the photographic record of a 1959 visit to Belfast, with unique images of steam on the Belfast – Dublin (ex GNR route).

Original photographic studies from the preservation era by David Gibson who features the Churnet Valley Railway, Paul Pettitt who features the Bluebell Railway and Southern Region locomotives, and Fred Kerr who presents an eclectic mix of Main Line Steam images, are all included. Freight locomotive preservation is not forgotten and is featured, using modern and archive images. Together with many archive and new images from the author’s own collection these images present an enthralling window on steam, which is totally unrivalled.

An in-depth account celebrating the past and present glory of british steam locomotives around the regions, with wonderful archive pictures bringing our steam heritage vividly to life.

The rebuild of ex-LMS No 6100 Royal Scot and the history of the class are covered in depth, as are the plans to build a new Patriot Class Locomotive, to be know as The Unknown Warrior are also included.