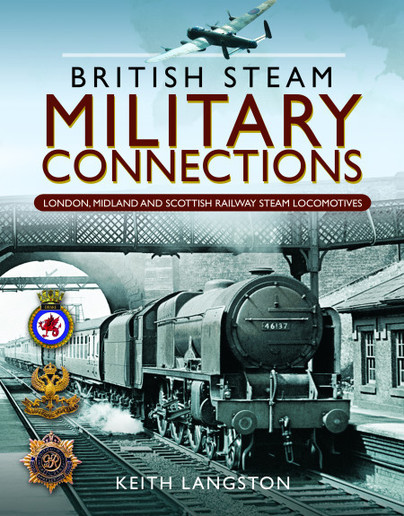 Click here for help on how to download our eBooks
Add to Basket
Add to Wishlist
You'll be £12.00 closer to your next £10.00 credit when you purchase British Steam Military Connections. What's this?
Need a currency converter? Check XE.com for live rates

This is a superb book, generously illustrated with well written and interesting text that will appeal to railway and military historians, railway modellers and anyone interested in the London Midland and Scottish Railway. Highly recommended.

I found it fascinating to go back in time to read about the history of all the classes, with the historical photos, with most of the locomotives featured now scrapped.

This is a must for any railway modeller. Packed with great images and superbly written.