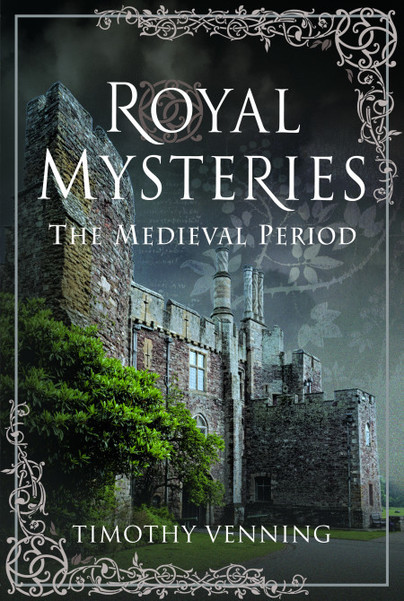 Click here for help on how to download our eBooks
Add to Basket
Add to Wishlist
You'll be £9.98 closer to your next £10.00 credit when you purchase Royal Mysteries: The Medieval Period. What's this?
Need a currency converter? Check XE.com for live rates

I must admit to liking a Timothy Venning book, purely because he is very well qualified in his writing and always writes in a well balanced and interesting way, as I have previously read his King Arthur Mysteries book. This new book looks at a series of unfortunate events in medieval history such as William II, was it an accident, Edward II, was it murder or escape, Richard II, murder or suicide, the Princes in the Tower, who killed them? And Edward VI, was he a bigamist? These are all very interesting questions and some we’ll never really know the answers to for various reasons. Venning gives the reader the story and the various side to the various arguments but ultimately leaves the reader to come up with their own opinion. All in this is a thoroughly good book that helps you learn so much more about individual situations that happen. Whilst I have my opinions on some of the questions asked I will leave others to decide their own. I would recommend this book to any newbies to the subject or even if you are well versed.

Sinister Doings…
Mysteries from the Middle Ages, explored using research from various sources, and compiled in a clear and well formatted account which is also extremely readable. Some sinister doings the reader may be aware of, and some not, but all make for a fascinating and informative read. Very enjoyable.