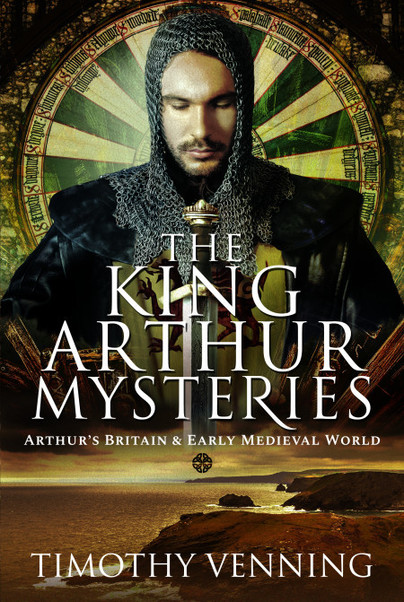 Add to Basket
Add to Wishlist
You'll be £25.00 closer to your next £10.00 credit when you purchase The King Arthur Mysteries. What's this?
+£4.50 UK Delivery or free UK delivery if order is over £35
(click here for international delivery rates)

An up-to-date and comprehensive guide to the history of the 'Arthurian' phenomenon - the imaginary and historical world of the great British warlord and one of the huge historical mysteries of early and medieval Britain. The Arthurian story, based on fact and fiction, is central to Britain's 'creation myth' and the concept of Britain's heroic past. This is a deeply researched and scholarly but essentially accessible history and analysis for general readers and specialists and based on an impressive array of sources including Romano-British, Anglo-Saxon, rare medieval English, French and German sources, and archaeology - essential for modern historical research in early history. Modern and contemporary historiography is covered including 'debunking' treatments. The study surveys King Arthur in fact and fiction, his family, knights, and the legends that have grown up around them and developed to the enduring interest from history, literature to TV and film.

"I would recommend this book to serious academics studying this period, who are keen to understand the myths, legends and culture of the day."

This book looks at the myth and reality of the story and its origins, looking at some of the possibilities of who he actually was and the period of time he came from. This book is an up-to-date guide of all the information facts and fiction of the Arthurian legend, the book is well in quite an academic way with a valuable notes and bibliography section to back it up. Would I recommend this book? I would, even some of the sceptics would enjoy it.