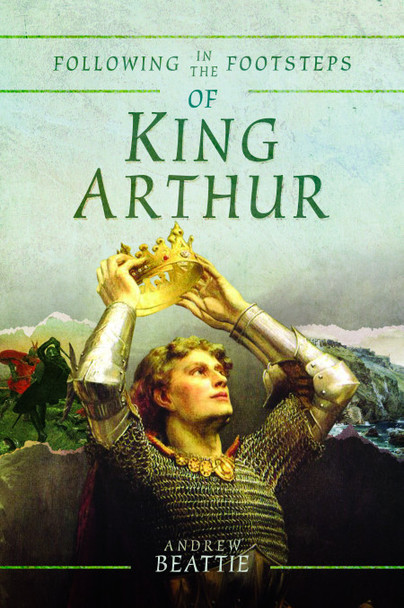 Following in the Footsteps of King Arthur (Paperback)

Add to Basket
Add to Wishlist
You'll be £12.99 closer to your next £10.00 credit when you purchase Following in the Footsteps of King Arthur. What's this?
+£4.50 UK Delivery or free UK delivery if order is over £35
(click here for international delivery rates)

The story of King Arthur is one of the best known in English history: he was the boy who was schooled by Merlin and who claimed his right to lead the Britons against the Saxons by drawing a sword from a stone; later, he was the warrior who congregated with his knights around a Round Table and who was given a magical sword, Excalibur, by the Lady of the Lake. These stories have been told and re-told hundreds of times - and over the centuries the actual figure of Arthur has retreated into obscurity, with many scholars suggesting that he was a mythical figure who never actually existed. Arthur has been the subject of thousands of books; yet this one tells his story in a way that is wholly new - through the places where the events surrounding his life supposedly unfolded.

From Tintagel Castle in Cornwall, Arthur's reputed place of birth, to Slaughterbridge in the same county, one of the contenders for the location of his final battle against the Saxons, and from Cadbury Castle in Somerset, one of the numerous claimants to be the site of Arthur's fort of Camelot, to Glastonbury, where in 1191 his grave was reputedly discovered by local monks, the trail through some of England's most historic places throws a whole new light on this most compelling of legends.

Myths and legends of King Arthur have always been told and I for one have been interested in the story, real or not. Here is a book by a man who works to do the research. Is there or was an Arthur? What I was surprised with is he began his search on Scotland, I did not see that coming from the beginning.
Mr. Beattie does a wonderful job of first explaining to you or us the reader all of his points of origin of where he found the information. That in itself was impressive. He starts from the first written time of Arthur and then goes from there after setting a timeline. Following each mention of Arthur across Scotland, England, and Europe. A very good book and in the end the author lists all of his sources and areas he traveled should anyone wants to read or travel the different places. Overall I was pleased with this book a good read.

When I was a high school junior, my English class read The Idylls of the King, beginning my love for stories about King Arthur. I went on to adore T.H. White's The Once and Future King, The Mists of Avalon by Marian Zimmer Bradley and Mary Stewart's Merlin series. So, seeing this book on NetGalley, I felt eager to read it.

This title is history, not fiction. It is divided into sections on King Arthur as a legend, the places associated with him and finally a gazetteer of Arthurian sights. There are also a bibliography and suggestions for further reading.

This title provides perspective on the legendary king and takes readers to the locales associated with him. Though there may never have been the Arthur who was idolized, what he stood for and symbolized remains strongly with us to this day. For readers who would like to go where Arthur reportedly went, I recommend this title.

King Arthur has been the basis for legends and myths for years. There have been thousands of books, movies, and theories on who the real King Arthur was, and if could have really existed.

Andrew Beattie takes on the myth and goes in-depth to each story, movie, legend, and location that has been associated with Arthur over time. From the murky beginnings to the modern re-tellings, Arthur is stripped from the dark and brought forth in a series of locations and places. Each chapter deals with a different theme, and each time you are going to be dreading the chapter coming to an end. The book is full of great information and has a thorough breakdown of the entire story, from its creation to modern.

If you are an Arthurian lover, then you are going to LOVE this book! Definitely worth the read, and a chance to retrace the story in the Footsteps of King Arthur.

I loved this book. There are many books on the subject of King Arthur and whether he existed or not. This one looks at the myths from a geographical standpoint. The author traces Arthur based on all the places that we know about that Arthur may have visited or fought at. It has great pictures (I'm reading a netgalley proof. In mine the pictures are black and white which gives them a deeper resonance, not sure what the finished version has).

I know of Arthur and the myths but my knowledge is purely rooted in Cornwall and Wales. I had no idea of the links to Winchester (home of at least A round table if not THE round table) or Scotland or even Europe. The book is in 3 parts. We have the main life events, followed by a journey around places that seem most relevant or have the biggest stories. Finally there's an A-Z of all the places.

This is one book where I've read the netgalley proof and then gone out and bought the book. There are a few places now that I want to go visit especially Winchester. The book has really increased my interest in learning more. Highly recommended.

I loved reading about the real-life places that are tied in some way to the Arthurian legend, from the sea-lashed, craggy Tintagel promontory, to potential places that were Camelot, to the beautiful ruins of Glastonbury Abbey. The book's introductory chapter was great too, outlining the origins and variations of the legend and briefly touching on theories about the historical validity... Overall, highly enjoyable. It makes me want to go back to the UK for a history tour!

I'm a sucker for anything related to King Arthur and this was a brilliant read.
A travel guide and a well researched history book.
I loved how the book is organised and the style of writing.
A terrific read, highly recommended.

A complete, entertaining and enlightening book about one of the most obscure subjects of both history and mythology. It was a heavy reading for me now and then, but I loved it nonetheless. If you're interested in the Arthurian myths and history, and would like to have a travel guide to know the most significant places elated to such a figure as King Arthur, this is for you.

This is an absolutely cracking book. Tracing the legends of King Arthur from Scotland to Europe (Brittany, of course, but a couple of surprises too!), we're treated to a travel guide for lovers of the tales of Arthur, Merlin, and the Knights of the Round Table. There are so many places I didn't know about, so to have them described (including the origins of the legends that point to those places - and some stunning photos) was brilliant. I will be reading this again... and making a list of places to visit!

I still get a thrill when I think on those childhood memories of first introductions to King Arthur (mine were through television, movies, and Mark Twain’s fanciful “A Connecticut Yankee in King Arthur’s Court.”). Even as an adult, there is a part of me that wants to believe that the legends are true, and that chivalry and the bonds of the Knights of the Round Table were more than just mists blowing through history.

For a long time I have promised myself to read some of the available books about King Arthur, but never have taken the time to do so until “Following in the Footsteps of King Arthur” came my way. Author Andrew Beattie has done a wonderful job in listing all the contributions to the legend while also explaining the differences between the many authors and whose work could be considered more important (as in, closer to what may be the facts). Throughout, the author does not “take sides” and attempt to inject his personal views while offering facts to debunk some of the stories and legends that surround King Arthur.

The last chapter in the book lists all the Arthurian sites, both in England as well as those in the rest of Europe (I guess everyone needs a Camelot). There is also an extensive bibliography and a helpful index. Although Mr. Beattie’s prose can sometimes be long and rambling, this is offset by the extensive research into King Arthur and the detailed discussions on the credibility of each piece of evidence. There are also enough pictures to give the reader a feeling of being there in person. Five stars.

Following in the Footsteps of King Arthur by Andrew Beattie is exactly the kind of book I was looking for. I devoured every page. The author expertly goes over key portions of Arthurian legends as they've developed over the centuries and how they connect to real life history, places, and people. There are even quite a few great pictures of some of the locations that help you really get a sense of scale and scope, as well as how they appear now. Plus, if you plan on travelling and exploring any of these locations there's a list at the end of the book of places featured that are connected to the old legends. I don't know about you, but I really want to rewatch The Kid Who Would Be King (Angus Imrie's young Merlin is fantastic) and Merlin, the tv series starring Colin Morgan and Bradley James.

Andrew Beattie is the author of several cultural-historical titles, including books on Prague and Cairo in Signal Books' Cities of the Imagination series and on the Scottish Highlands, the Alps and the River Danube for their Landscapes of the Imagination series; he has also written for the travel series Rough Guides. He is a graduate of Oxford University and lives in London. More information about his books, including photographs and other material relating to Following in the Footsteps of the Princes in the Tower, can be found on his website, www.andrewbeattie.me.uk. 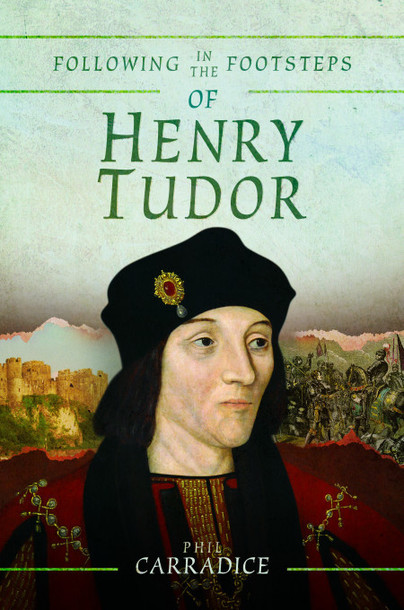 The story of Henry Tudor’s march to Bosworth and the throne of England began long before the fatal summer of 1485, with his birth in Pembroke Castle. The gigantic fortress where he spent his childhood years lay some 12 miles inland from the spot where Henry was supposed to have landed in Milford Haven when he came to challenge Richard III in August 1485. Henry’s landing and progress to Bosworth Field were a gamble, but by 1485 the last of the Lancastrian princes had little option but to ‘chance his arm’. He had worn out his welcome on the Continent and, despite his unpopularity in some…

Click here to buy both titles for £25.98
More titles by Andrew Beattie