Add to Basket
Add to Wishlist
You'll be £17.50 closer to your next £10.00 credit when you purchase Explorers and Their Quest for North America. What's this?
+£4.50 UK Delivery or free UK delivery if order is over £35
(click here for international delivery rates)

On 11 October 1492 the sun set on a clear Atlantic Ocean horizon and the night was cloudless with a late rising moon. As the lookouts high in the riggings of Christopher Columbus’ three ships strained their eyes into the golden light of the moon, near two o’clock in the morning the watchman on the Pinta shouted out, “Land, land” igniting the era of exploration to the New World. The Age of Discovery became an epic adventure sweeping across the continent of North America, as the trailblazers dared to challenge the unknown wilderness to advance mankind’s knowledge of the world.

Explorers Discovering North America traces the history of the discovery, exploration and settlement of the western hemisphere through the comprehensive biographies of fourteen explorers, who had the courage and inquisitiveness to search the limits of the world.

The book features many famous adventurers including Hernan Cortes whose victorious battles against the Aztecs conquered Mexico for Spain, Henry Hudson’s sea voyages in search of the Northwest Passage led to the colonization of New York and exploration of the Hudson Bay in Canada, while Meriwether Lewis’ journey across the Louisiana Purchase began the mass migration of settlers to western America. Among the lesser known explorers discussed in the work are Vitus Bering whose discovery of Alaska established Russia’s claim to the region and Alexander Mackenzie’s 107-day trek across western Canada that opened the frontier to settlement, commerce and development of its natural resources.

From Columbus to Lewis the exploration of the New World became one of humankind’s greatest quests that altered history forever.

This book includes maps and illustrations, while each chapter lists the author and title of selected books about each man. There is a bibliography, but it is just one compilation of all the recommended sources. There are no notes or an index, which means there is no way to interconnect individuals or accomplishments without reading specific chapters. 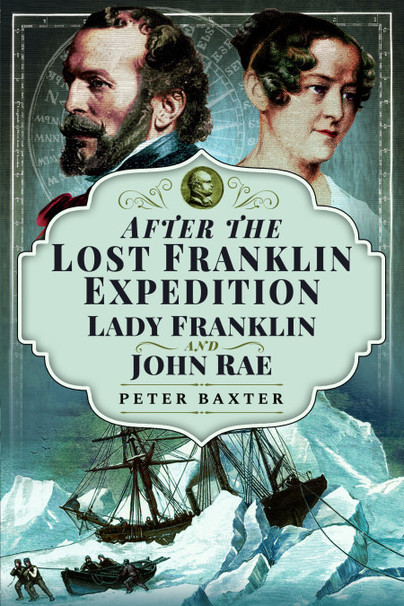 The fate of the lost Franklin Expedition of 1847 is an enigma that has tantalised generations of historians, archaeologists and adventurers. The expedition was lost without a trace and all 129 men died in what is arguably the worst disaster in Britain's history of polar exploration. In the aftermath of the crew's disappearance, Lady Jane Franklin, Sir John's widow, maintained a crusade to secure her husband's reputation, imperiled alongside him and his crew in the frozen wastes of the Artic. Lady Franklin was an uncommon woman for her age, a socially and politically astute figure who ravaged anyone…