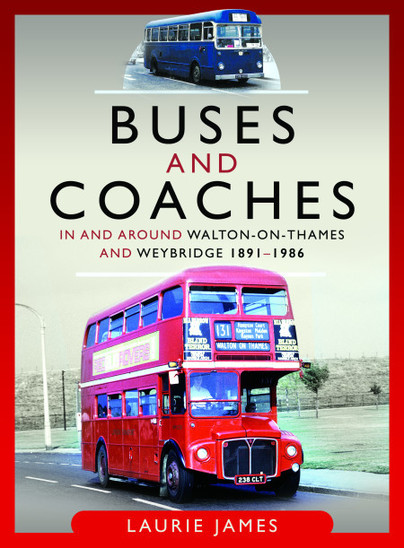 Buses and Coaches in and around Walton-on-Thames and Weybridge, 1891–1986 (Hardback)

Add to Basket
Add to Wishlist
You'll be £27.00 closer to your next £10.00 credit when you purchase Buses and Coaches in and around Walton-on-Thames and Weybridge, 1891–1986. What's this?
+£4.50 UK Delivery or free UK delivery if order is over £35
(click here for international delivery rates)


A range of high-quality illustrations, including some in colour, is provided in this very comprehensive volume which provides good value for the price charged.

It all makes a fascinating read about the history of bus services in a small local area.

This is a very well written and thoroughly researched work, copiously illustrated.