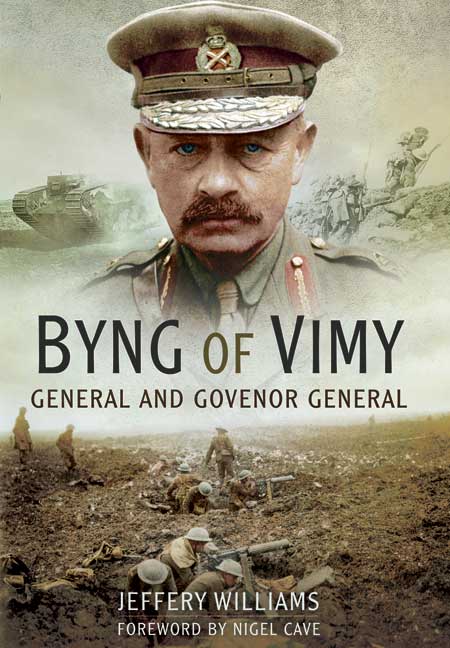 Add to Basket
Add to Wishlist
You'll be £16.99 closer to your next £10.00 credit when you purchase Byng of Vimy. What's this?
+£4.50 UK Delivery or free UK delivery if order is over £35
(click here for international delivery rates)

Field-Marshal the Viscount Byng of Vimy did not fit into a conventional mould in the Army, as Governor-General of Canada, or as Commissioner of London's Metropolitan Police. Few officers commanded more widespread affection from their troops and none knew them and treated them with such respect as he did.

Beginning with dramatic reforms in dress and living conditions of his own regiment, the 10th Royal Hussars, he consistently watched over the welfare of his men. Following the desperate Ypres battles of 1914–15, he was sent to Gallipoli to revive a falling enterprise but instead, in the face of Kitchener's and Churchill's opposition, called for it to be abandoned. He then planned one of the most successful withdrawals in the history of war.

Ever seeing new ways to win, Byng led the Canadian Corps to the capture of Vimy Ridge and the Third Army in the first major tank battle at Cambrai. In 1918 he commanded the largest of Britain's field armies in the final victory campaign.

As Governor-General of Canada, he became something of a Canadian nationalist, promoting national unity and advocating the adoption of a Canadian flag. He was central to the infamous 'King-Byng' crisis of 1926 and the growing debate over Canada's role in the British Empire.

Finally at the age of sixty-six and fighting a wasting illness, Byng was summoned to reform the Metropolitan Police. In a remarkably short time he brought that organization into the twentieth century.

With Byng of Vimy, Jeffery Williams has written the definitive biography of an innovative and energetic soldier and statesman.


This book is a comprehensive biography of one of the most pivotal soldier's of  the Allied Army during the First World War. It leaves the readers with little doubt as to why Field Marshall and Viscount Byng received widespread respect from his troops and commanded mutual affection. This 2014 edition reminds the reader from the outset that it seems odd that many of the BEF’s Army commanders during the Great War didn’t have to wait long for a ‘decent biography’. However, Julian Byng had to wait until 1983! This was almost fifty years after his death.  As reinforced by Nigel Cave in the introduction, this book serves as a vital ‘corrective to the Lion’s Led by Donkey’s school of military history of the Great War’... For an overarching understanding of the Canadian force on the Western Front, this book is an important starting point.

The late Jeffrey Williams' book is in its third reprint and I have thoroughly enjoyed reading and reviewing it.