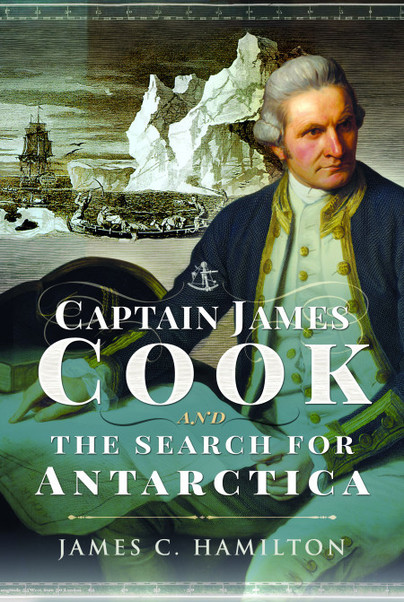 Captain James Cook and the Search for Antarctica (Hardback)

Add to Basket
Add to Wishlist
You'll be £25.00 closer to your next £10.00 credit when you purchase Captain James Cook and the Search for Antarctica. What's this?
+£4.50 UK Delivery or free UK delivery if order is over £35
(click here for international delivery rates)

Captain James Cook and the Search for Antarctica is well researched and Hamilton’s exceptional historical investigation is noteworthy. Hamilton provides the readers with extensive excerpts from Cook’s and his scientist companions’ journals as well as from officers’ master log books. While these thorough accounts inspire the imagination and allow readers to perceive the journey and the search for the most elusive continent, the book is an academic read. I would recommend this book to scholars of maritime history and anyone who is interested in factual details of eighteenth-century seafaring.

An extremely well-researched book which will give hours of pleasure to all those interested in Cook and his voyages.