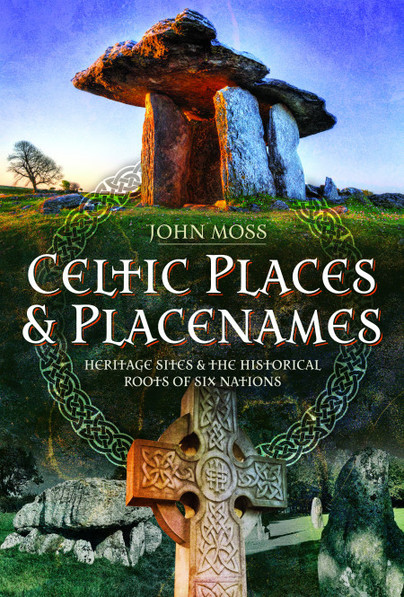 Heritage Sites and the Historical Roots of Six Nations

Add to Basket
Add to Wishlist
You'll be £20.00 closer to your next £10.00 credit when you purchase Celtic Places and Placenames. What's this?
+£4.50 UK Delivery or free UK delivery if order is over £40
(click here for international delivery rates)

‘Celtic Places’ are typified by some several hundred townships and villages whose names still bear the imprint of their earliest Celtic roots, but the scope of the book is not restricted to human settlements; it is also true of the many mountains and rivers that they named, and to several thousand sites of standing stone monuments, Celtic high crosses, henges, hill figures, funeral barrows and hillforts, which are all included in the book.

What they all have in common is that they reflect the rich cultural heritage that was implicit in the names of places in the British Isles and Ireland as it existed before the Romans arrived.

An interesting book about places and the origin of their names. I learned something new and it's a compelling read.
Recommended.

“A people without knowledge of their past history, origin and culture is like a tree without roots.” –Marcus Garvey

John Moss skillfully introduces us to the colorful history of heritage sites through this short, though thoroughly researched nonfiction book, but reading Celtic places is a lot more like coming home. Its brevity means the journey through time is never tedious, and it has all the familiarity of it as it takes us through the history of Celts as if we have also lived there our whole lives. it has a distinct, eye-catching cover and provides maps and illustrations for the convenience of the reader. Every reader should have a place for Celtic places on the travel section of their bookshelf.

This was interesting to read about the meanings of various towns, rivers and other places that have Celtic names. It was great reading that several of the older languages are making a comeback and it’s being taught in schools.

There are a lot of really interesting tidbits of information! I will definitely be referencing this book the next time I visit Ireland or Scotland.

When I opened the book for the first time, I understood that this work should be in each household in the United Kingdom because Celtic places are everywhere. Literally. The structure of this book is helpful in organising the trips or it can also serve as a handy assistant. You open the relevant chapter and see the Celtic places around you.

In the beginning, the author introduced the common Celtic place name elements. Some of them are generally known thanks to the fascination of Outlander such as GLENN – valley. Another seems to be a tongue twister (CWM – narrow valley). We can also see the similarities with the other languages (PONT – bridge – le pont). These place name elements can be read many times and it never bores.

The following chapters have always the same structure. A short historical introduction to the topic (Cornwall, Ireland, The Isle of Man, Scotland and the English Borders, Wales and the Marches, rivers, mountains, bronze and iron age hillforts, stone circles, Celtic crosses and Britanny) and the exhaustive list of all Celtic names related to it.

The book contains only black-and-white illustrations and maps of the described locations. It can be a disadvantage for some people, but in my opinion, it provides a fantastic opportunity to visit all these places personally.
To summarize – this book provides what it promises. The overview of Celtic places. The biggest advantage is that it can be read many times.

John Moss studied Fine Arts and English in Wolverhampton and Manchester Art Schools, before taking early retirement after teaching and lecturing in Art & Design. He founded a Graphic Design company in 1997. Retired at last, he began writing: a science fiction trilogy in 2013. His first two non-fiction books were Great British Family Names and A History of English Placenames, both written for Pen and Sword: this will be the third history book in the series. 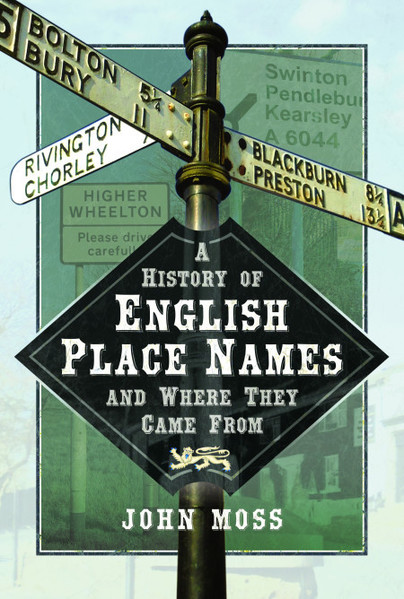 The origin of the names of many English towns, hamlets and villages date as far back as Saxon times, when kings like Alfred the Great established fortified borough towns to defend against the Danes. A number of settlements were established and named by French Normans following the Conquest. Many are even older and are derived from Roman placenames. Some hark back to the Vikings who invaded our shores and established settlements in the eighth and ninth centuries. Most began as simple descriptions of the location; some identified its founder, marked territorial limits, or gave tribal people a sense…

Click here to buy both titles for £45.00
More titles by John Moss