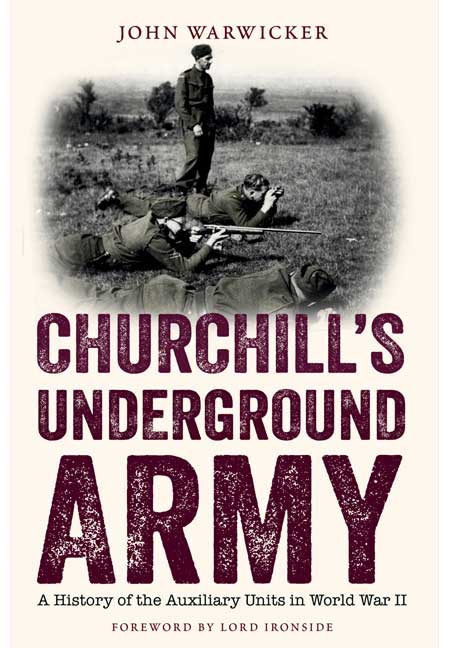 Add to Basket
Add to Wishlist
You'll be £12.79 closer to your next £10.00 credit when you purchase Churchill's Underground Army. What's this?
+£4.50 UK Delivery or free UK delivery if order is over £35
(click here for international delivery rates)

In the summer of 1940, Winston Churchill was one of many people who felt a German invasion of the British Isles was only a matter of time. To resist such an occupation the Prime Minister ordered the creation of the GHQ Auxiliary Units. These clandestine cells were made up of ordinary Britons from across the country who were secretly trained in close-armed combat, sabotage, the use of firearms and explosives, and intelligence gathering. In the event of an invasion this underground army would be activated and wreak havoc behind enemy lines.

More than sixty years later, the history of this remarkable organisation remains shrouded in secrecy. This important history draws on a wealth of previously unpublished material to uncover the extraordinary details of these units and pays tribute to the brave men and women who formed Britain's wartime resistance.

John Warwicker has spent more than fifteen years investigating the role of the British Auxiliary Units and helped establish the Museum of the British Resistance Organisation in Parham which is dedicated to this branch of the
British secret services.