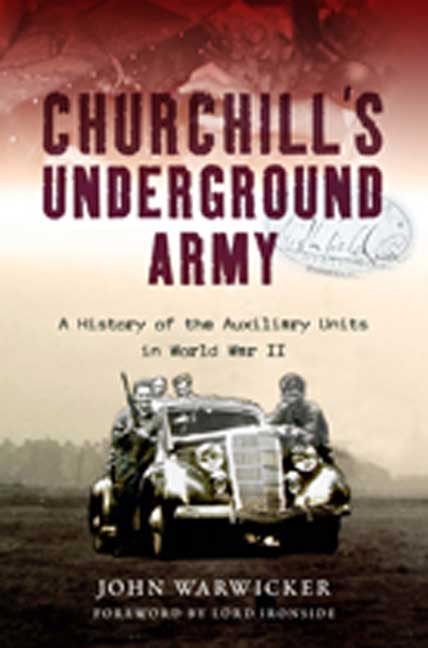 Click here for help on how to download our eBooks
Add to Basket
Add to Wishlist
You'll be £4.99 closer to your next £10.00 credit when you purchase Churchill's Underground Army. What's this?
Need a currency converter? Check XE.com for live rates

'A carefully researched book on a long-neglected subject which fills a major gap in our Second World War knowledge' - Norman Longmate, author of If Britain Had Fallen

British Secret Intelligence Service officers and others in the War Office were never convinced that appeasement would prevent a Nazi invasion. Defying high-level opposition, they quietly worked instead on preemptive 'Last Ditch' survival plans. These included a secret resistance network known as the GHQ Auxiliary Units. It was the only one in Europe prepared in advance of an enemy assault.

The Auxunits were civilian 'stay-behinds'. One section worked as Patrols, usually consisting of half-a-dozen men in hidden underground operational bases. They were hurriedly selected immediately after the Dunkirk evacuation then trained and equipped with firearms, explosives and booby-traps. Instructed to 'stay-behind' underground as the enemy passed over, they were then to emerge each night to commit mayhem for as long as they could stay alive. Others, men and women, would remain behind above ground, to spy on the enemy and communicate intelligence to the Defence Force by a covert radio network. These Units are still effectively secret and this is the most comprehensive history published to date.

One cannot praise this book too highly. It is well illustrated with photographs, all nostalgic, and drawings detailing some of the material in the text. It should be on the shelves of every serious student of WWII and the clandestine operations associated therewith.