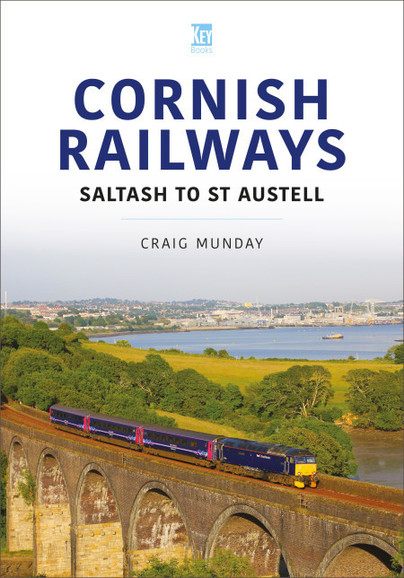 Add to Basket
Add to Wishlist
You'll be £12.79 closer to your next £10.00 credit when you purchase Cornish Railways. What's this?
+£4.50 UK Delivery or free UK delivery if order is over £35
(click here for international delivery rates)

This, the first of two volumes covering the railways of Cornwall, follows the railway through the changing landscapes of the county. It takes the reader from the rich farmland west of St Germans, through the unique Glynn Valley down to Bodmin Road and the freightabundant area of Lostwithiel and Par before reaching clay country on the way to the final destination of St Austell. In addition, also explored are the branch lines, which range from the rural line to Looe, the splendour of the River Fowey on the clay line to Carne Point and the varied and ever-popular Newquay branch.

Lavishly illustrated with 180 full-colour photographs, many set in glorious countryside, this book shows a variety of locomotives. Service trains dominate the images, though there are many charter trains featured, some with exotic traction for the far south west.

Taken from the short days of winter with piercing low sunlight, to the long days of high summer when the upside of the Cornish mainline is lit, allowing a different perspective, the photographs capture not just the trains, but the beautiful landscapes, rivers and coastline of the Duchy.

A good look back at Cornwall’s railway heritage. A nice volume with decent photographs of the area covered by this volume

Craig Munday, a lifelong railway enthusiast, was introduced to the railways by his father, a diesel hydraulic fanatic, at a young age. He joined the railway YTS scheme in 1985 after seeing behind the scenes of the railway industry on a school work experience week the year before. After that, he became a relief signalman in east Cornwall and has worked across the Western Region in Swindon, Bristol and Cardiff in the operations department. In 2008, he had the opportunity to return to his beloved Cornwall to live and work. 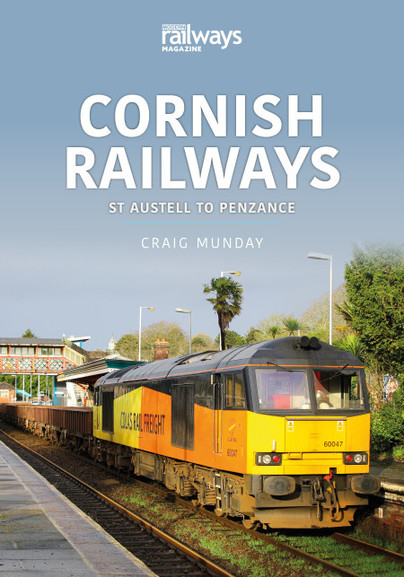 This, the second of two volumes covering the railways of Cornwall, follows the railway through the eye-catching scenery of the west of the county. Over 180 stunning full-colour photographs take the reader on a journey that starts in St Austell, against the backdrop of the clay workings, before moving on through the rich, arable farmland that surrounds the line on the way to the capital city, Truro. West of Truro, the landscape is littered with former mine workings and signs of its rich industrial heritage. The scenery then changes as the line continues on past the busy fruit farms west of Camborne…

Click here to buy both titles for £24.78
Other titles in the series...
Preorder