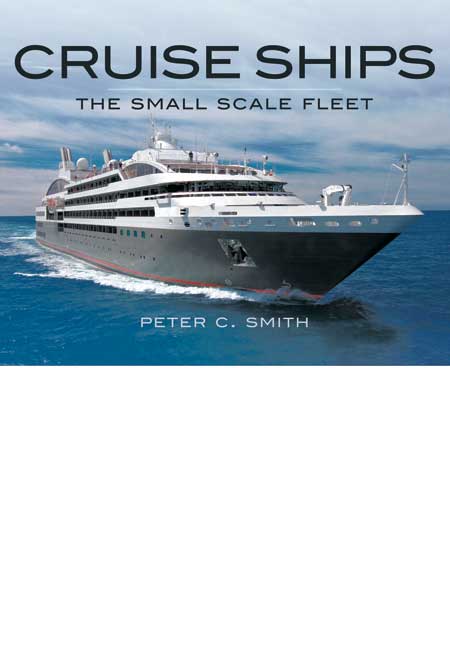 Add to Basket
Add to Wishlist
You'll be £18.00 closer to your next £10.00 credit when you purchase Cruise Ships. What's this?
+£4.50 UK Delivery or free UK delivery if order is over £35
(click here for international delivery rates)

Order within the next 11 hours, 21 minutes to get your order processed the next working day!

Peter C. Smith presents us here with the second release in his visually splendid Cruise Ships series. Whilst his first book concerned itself with the large-scale ships currently cruising through our seas (those weighing 40,000 GT and more) this volume focusses on the other end of the market; the ships that weigh in at less than 40,000 GT, but which are often much more stylish and aesthetically pleasing than their larger-scale counterparts. The elegant interiors and luxurious features on display in today's vast fleet of cruise liners remain unrecorded in all but holiday brochures. This book carries on in the tradition of Peter's last release, giving a complete overview of the best of these ships, the cream of the crop, so to speak.

Each colour profile includes external and interior views of the featured ship. Details of the design, building and service history of each vessel are provided with vital statistics of the ship and its facilities.

This is a book of reference for maritime enthusiasts, would-be holiday cruisers and those who have been passengers. It serves as an impressive visual tribute to the best of the smaller scale fleet currently cruising globally.

As seen in the Bedford Times & Citizen.

A book which will be useful not only to shipping enthusiasts, but to those who are considering a voyage on one of the many ships described in it.

Some excellent photographs... an overview of the best of these ships, the cream of the crop, so to speak.

A handy reference for both cruise travellers and ship enthusiasts. Highly recommended.