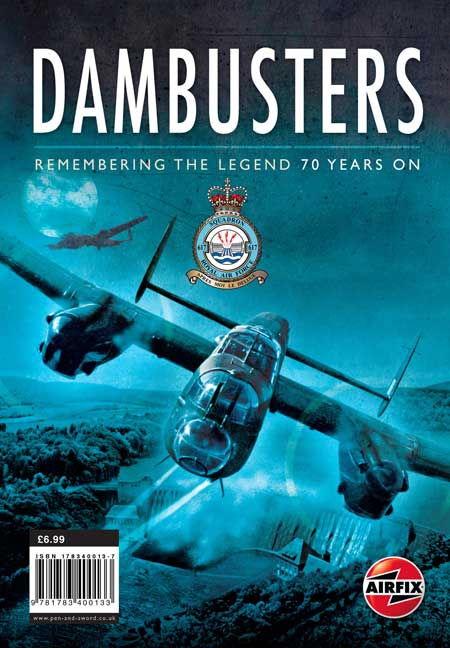 Remembering the Legend 70 Years On

Add to Basket
Add to Wishlist
You'll be £4.89 closer to your next £10.00 credit when you purchase Dambusters. What's this?
+£4.50 UK Delivery or free UK delivery if order is over £35
(click here for international delivery rates)

The mission became popularly known as the Dambusters raid, and was immortalised in a 1954 war film. It was one of the most famous air operations of World War II.

Casualties for the raid were high. Eight of the original 19 Lancaster bombers were damaged or shot down, and of the 133 aircrew, 53 were killed and three captured.
On the ground, too, almost 1,300 people were killed, including 749 Ukrainian prisoners of war based in a camp just below the Eder dam.

The spectacular, daring nature of the raid was a significant boost to British morale.
But militarily, it was a failure. The squadron failed to breach the Sorpe dam; and the disruption to the German war production was minimal. Water supply in the Ruhr valley was back to original levels six weeks later.

The aircrew, however, became famous as war heroes, and the leader of the raid, Wing Commander Guy Gibson, was awarded the Victoria Cross.

This bookazine tells the full story of the raid, from planning to the missions themselves along with details of the aircraft and equipment used. Also included are details of the men who took part and their fate.