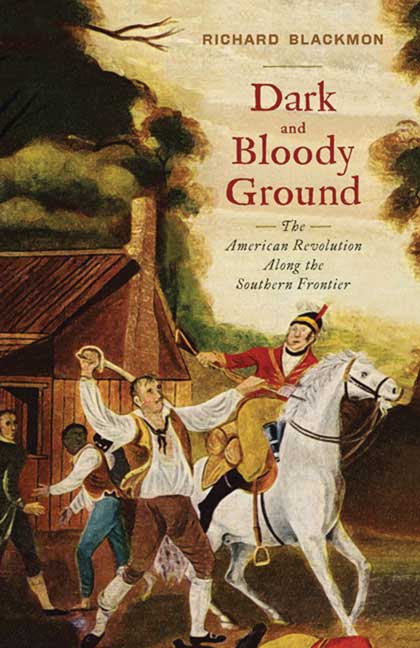 The American Revolution Along the Southern Frontier

Add to Basket
Add to Wishlist
You'll be £16.99 closer to your next £10.00 credit when you purchase Dark and Bloody Ground. What's this?
+£4.50 UK Delivery or free UK delivery if order is over £35
(click here for international delivery rates)

The American Revolution marked a dramatic change in the struggle for land along the southern frontier. Before the war, American Indian leaders and British officials attempted to accommodate the westward expansion of Anglo- Americans through land cessions designed to have the least impact on American Indian societies. The region remained generally peaceful, but with the onset of the revolution the era of land treaties had passed, and terms were now dictated by the frontier settlers. British officials who once provided oversight no longer exercised authority to curb the expansion of Anglo-American settlements deep within territory claimed by American Indians. Under these
conditions, the war in the south took on a savage character—what today would be called total war—as Indians, British officials, Loyalists, and Whigs all desperately fought to defend their independence along the frontier.

The southern frontier was not a single expanse, but rather was comprised of several distinct points of contact in Georgia, Kentucky, South Carolina, North Carolina, and Virginia between American Indians and white settlers. In central Kentucky, Anglo-American settlements exposed themselves to the Indian tribes north of the Ohio River, led by the Shawnees. In present-day northeast Tennessee, the settlements were in close proximity to the Overhill Towns of the Cherokees, while in the northwest part of South Carolina the settlements faced the Cherokee's Lower, Middle, and Valley towns. White settlements northwest of Augusta, Georgia, faced the Valley and Lower towns of the Cherokees as well as the Lower and Upper Creeks. The Indians too had contested frontiers among themselves, including the Cherokee–Creek frontier in northern Georgia (the Cherokees having secured that area with their victory over the Creeks at the Battle of Taliwa) and the Cherokee–Shawnee frontier in Kentucky, where frequent clashes between hunters of both tribes became so commonplace that the Cherokees referred to the area as a “dark and bloody ground.” In Dark and Bloody Ground: The American Revolution Along the Southern Frontier, historian Richard D. Blackmon uses a wealth of primary source material to recount and explain the events that marked the struggles of American Indians and Anglo-Americans in the colonial South during one of the most turbulent periods of North American history.