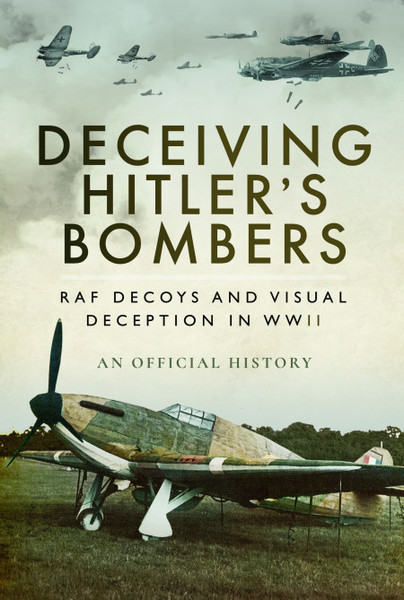 Preorder
Add to Wishlist
You'll be £17.50 closer to your next £10.00 credit when you purchase Deceiving Hitler's Bombers. What's this?
+£4.50 UK Delivery or free UK delivery if order is over £35
(click here for international delivery rates)

The first, and most essential element in aerial bombardment is that of locating the target. All the inherent costs and risks in undertaking a bombing raid are of no avail unless the objective of the mission is correctly identified. If, through means of decoys or visual deception, the attacking aircraft can be tricked into dropping their deadly payloads in areas of little importance to the general war effort, the enemy bombers will have failed in their mission.

It was accepted at the start of the war that enemy bombers would always get through the UK’s defences and that the German bomber crews could be expected to have a reasonable understanding of Britain’s geography and of its main industrial and military facilities. That being the case, how could the most important sites be protected?

A remarkable degree of success was achieved by the use of camouflage to conceal key locations by creating dummy structures and equipment, or, for example, displaying dummy tracks, lights and fires. To draw the Luftwaffe away from RAF airfields, many false aerodromes were built within six miles of the actual one. These had to look as authentic as possible, and so suitable types of dummy aircraft were provided, as well as dummy roads and dumps, fake tracks on the airfield, real and dummy machine-gun posts, and a shelter and trenches for the operating crew. To deceive the enemy at might, mobile airfield lighting was devised.

The civil authorities also devised lighting decoys to protect certain sites. As a result, scores of bombs were dropped on marshes or open areas of common land. An example of the effectiveness of such deception occurred on the night of 17/18 April 1941. Despite the fact that a force of 144 aircraft attacked Portsmouth, only eight bombs fell on the city itself, the remainder fell on a decoy site or in its neighbourhood and in the sea nearby.

Though a little-reported aspect of the war in the air, and particularly during the period of the Blitz, visual deception played a major role in the defence of the UK and important targets overseas. The full story of the intricate and ingenious methods adopted to deceive Hitler’s bombers is indeed a fascinating one. 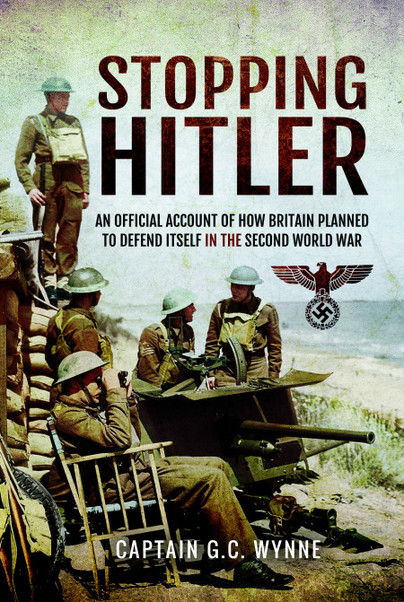 
Click here to buy both titles for £42.50
More titles by An Official History
Preorder