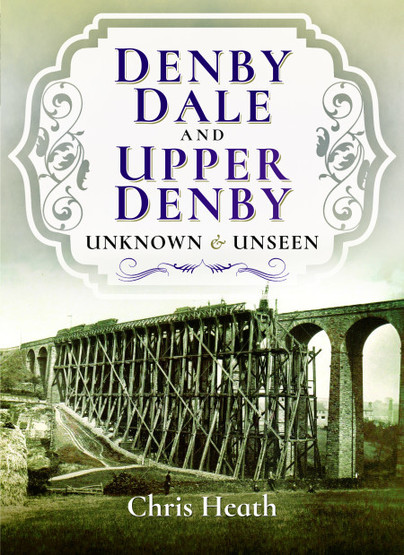 Add to Basket
Add to Wishlist
You'll be £14.99 closer to your next £10.00 credit when you purchase Denby Dale and Upper Denby. What's this?
+£4.50 UK Delivery or free UK delivery if order is over £35
(click here for international delivery rates)

Order within the next 1 hour, 37 minutes to get your order processed the next working day!

Denby Dale and Upper Denby – Unknown and Unseen is the last of this ever-popular series of books and includes around 200 previously unpublished photographs of the area. Also included are the stories of three local families, namely the Gaunts, Turtons and Seniors who have a long and fascinating history in the area.

Further details include the stories and competition entries for the Denby Dale and Upper Denby brass bands and the men who led them. The story of Upper Denby club is told for the first time, and a historical miscellany includes information dating from 1343 up until 1812.

Furthermore, the previously forgotten story of the Denby Dale branch of the British Legion is also told for the first time, using its archive which was luckily saved from destruction when the Denby Dale band hut was demolished in the 1970s. The minutes include details from the Second World War and evoke a vivid picture of the time, with blackouts, rationing, the home guard and the deadly consequences of the war for the local soldiers.

This book is essential reading for anyone researching family connections in the area, but will also appeal to all those with links to Denby Dale and Upper Denby, as well as nostalgia lovers of the district in general.

Well written and profusely illustrated, the book will, however, have a fairly restricted readership, and one would be recommended to read it in conjunction with the others in the series, since it is very much a potpourri of information. Together they form an invaluable record of life over several hundred years in a compact part of the county, and Pen and Sword do a great service by publishing such works in a very professional format.

Article: 'New book reveals there is more to Denby Dale than its famous pie...' by Andrew Hirst as featured by